8 actresses of color who can open movies just as well as Jennifer Lawrence and 3 who could, if given the chance

Gina Rodriguez is making moves and preparing to educate the viewing public on immigration rights in the process.

According to Jezebel, the Jane the Virgin star has sold two shows with immigration as its focus. The first, Have Mercy, is based on a German series format and tells the story of an immigrant Latina doctor who opens her own clinic after working as a nurse’s assistant. This show has been sold to CBS, which, combined with Gloria Calderon Kellett’s History of Them, makes CBS’ new commitment to diversity seem a little more legitimate.

The second, Illegal, has been sold to The CW and is based on the life of Jane the Virgin writer and co-executive producer Rafael Agustin, who immigrated to America from Ecuador and discovered his undocumented status while attending high school.

According to The Hollywood Reporter Illegal will be an hourlong dramedy and is currently in development.

Are Tessa Thompson and Gina Rodriguez an item in “Annihilation”?

Sci-fi is getting a little bit more diverse thanks to Annihilation. This movie has been low on the radar, but it’s about to blow up with the first images of Tessa Thompson and Gina Rodriguez exploring a beautiful, yet certainly dangerous, world, making the rounds again thanks to POCCinema.

Tessa Thompson and Gina Rodriguez on the set of Annihilation (2017). pic.twitter.com/HkPA4ABQra 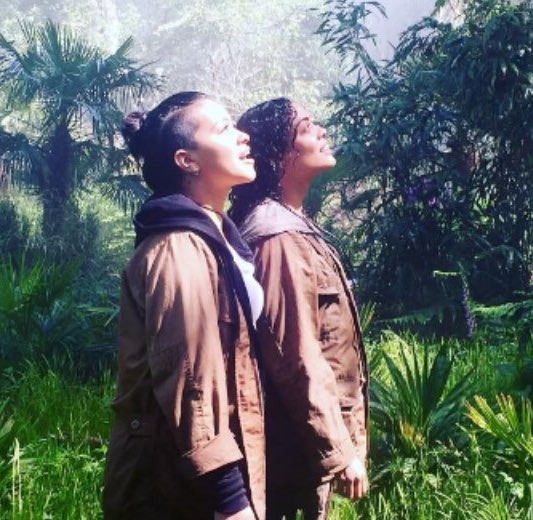 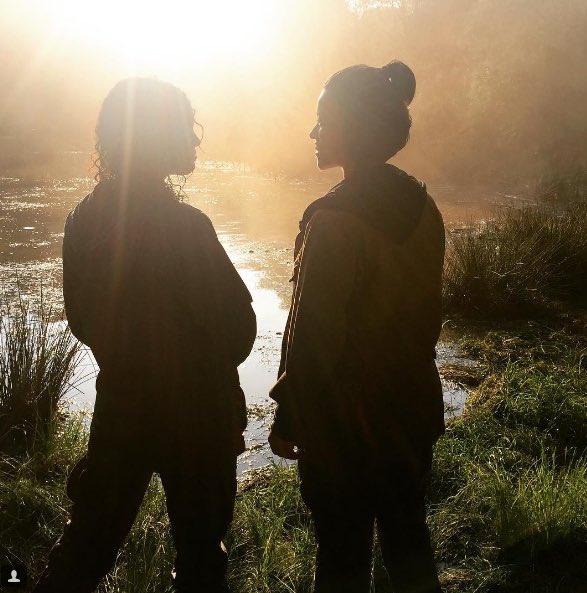 Fans have already endeared themselves to Rodriguez and Thompson’s characters, with several excited that Rodriguez’s character is also a lesbian.

Annihilation – gina rodriguez will play a lesbian in this adaptation about 4 females who take part in a dangerous expedition into area X pic.twitter.com/DDUYOW9F6p

Gina Rodriguez: I actually happen to be a lesbian in my next film Annihilation.
Me: pic.twitter.com/W6yfpeqYiV

so like. we get to see lesbian gina rodriguez in annihilation. pic.twitter.com/YA6eEUDa2h

me remembering gina rodriguez is playing a lesbian in annihilation (2017) pic.twitter.com/7Bx8lqkQlJ

Gina Rodriguez plays a lesbian in a movie called Annihilation???

me in theaters watching Annihilation: pic.twitter.com/o0qel0lTr1

As far as I know, we haven’t gotten word on if Thompson’s character is also lesbian or at the very least, not straight, but we do have a lot of suggestive tweets and social media activity between Thompson and Rodriguez that are leading fans to hope that Rodriguez and Thompson’s characters are, in fact, an item.

@POCCinema @HereIsGina ??? was an honor to play alongside that dreamboat!

Me?! You know you my boo thang. My unicorn mermaid goddess of delicious. https://t.co/2K5JeXZXG7

It is truly a blessed pairing. Can't wait to see more projects with the two of you. https://t.co/KFMe5b6cbr

What kind of relationship do you think Rodriguez and Thompson’s characters have in the movie? Leave your speculation below!

Gina Rodriguez wants to play all of your favorite characters, and that’s fine by us.

The first bit of Rodriguez herself via Twitter. She was reacting to an Entertainment Weekly article featuring remarks from Fede Álvarez, the director of The Girl With The Dragon Tattoo sequel, The Girl In The Spider’s Web. When answering a fan question about the decision to go away from the first film’s cast, including Rooney Mara, who played Lisbeth Salander, Álvarez replied on Twitter:

It's said that 50% of the director's work is casting. If I'd just take Fincher's (amazing) casting, I wouldn't be doing half of my job. https://t.co/IgfkK0BimV

Entertainment Weekly has confirmed that names like Alicia Vikander, Scarlett Johansson, and Natalie Portman were being suggested as possible Lisbeth Salanders. But Rodriguez has decided to throw her own name in the ring.

?? #justsayin why not right? Mix it up Hollywood. https://t.co/Zi0kNVHxV9

I am here for Gina Rodriguez as our new Lizbeth Salander ??? https://t.co/Tml4RjIkdr

Why I love Gina Rodriguez for Lizbeth Salander. We already know she can rock a fierce cut…check! pic.twitter.com/c1qhTQnzKy

…and Gina Rodriguez can kick your ass. LITERALLY. https://t.co/3QoEEyBOqL

…and Gina Rodriguez is crazy talented. She can move from the dramatic to the comedic with ease. Also, she is super duper smart. Love her.

A re-imagined "Girl With The Dragon Tattoo" with a Latinx director and lead actress @HereIsGina would get all my coins… pic.twitter.com/YEbgH0zwGC

The other character we’re hoping Rodriguez plays is Marvel’s America Chavez. After the SXSW “Hacking the Script: Disrupt Diversity in Hollywood” panel, which featured Rodriguez and Yara Shahidi among others, Geeks Of Color’s Avram Vargas asked Rodriguez about America. She was immediately excited, saying that she’s a fan of the character and if Marvel ever adapts America for the big screen, her manager already knows to get her booked for an audition ASAP.

We got to meet the beautiful @HereIsGina! A true champion for diversity. #SXSW #GOCSXSW pic.twitter.com/fD0yQBc0RN

How would you react if Rodriguez were cast for any one of these roles (or both)? Give your opinions in the comments section below!

Jane the Virgin star Gina Rodriguez is starring in an upcoming drama about the real-life tragedy surrounding the Deepwater Horizon oil rig in 2010, something the gulf coast is still recovering from. The film, Deepwater Horizon, has released images, posters, and of course the trailer, which you can check out below the post.

Deepwater Horizon, which also stars the likes of Mark Wahlberg, Kurt Russell, John Malkovich and Kate Hudson, will be released by Lionsgate to theaters September 30.

On April 20th, 2010, one of the world’s largest man-made disasters occurred on the Deepwater Horizon in the Gulf of Mexico. Directed by Peter Berg (Lone Survivor), this story honors the brave men and women whose heroism would save many on board, and change everyone’s lives forever.

I’ve been holding onto this for a while, mostly because I’ve been moving, and moving is the worst (even though the place I’ve moved to is nice). But if you’re fans of Gina Rodriguez of Jane the Virgin fame, check out California Winter.

A companion piece to topical, award-winning triumph The Big Short ( though, as opposed to it, this is seen through the eyes of ‘the people’) California Winter– available this month On Demand from Indie Rights – tells of an ambitious young real estate agent who must fight to save her integrity and her father’s home from foreclosure when the risky loan she advised him on send his home into foreclosure.

The movie is now available on VOD, so if you want to see it, go for it! Here’s the trailer, the poster, and some stills:

What do you think? Give your opinions in the comments section below!

Jane the Virgin’s latest episode, “Chapter Twenty-Four,” showed Jane’s indecision between the two men in her life, Rafael and Michael. It was hilarious to see Jane battle herself while trying to choose one man over the other, and it was also hilarious that the form of herself she was battling was a boozed-up Bachelorette version of herself.

You might have heard that Zendaya is now a Barbie Girl, literally! She was given her very own Barbie at the Rock ‘N Royals Concert Experience Sept. 26 at the Hollywood Palladium. The doll is dressed exactly like Zendaya was at the 2015 Oscars Red Carpet, in dreadlocks and Vivienne Westwood.
Continue Reading
0
movies TV

I got off my schedule with my Casting News posts! The last few weekends have been too busy for comfort. So I have a lot of old posts to go through, but I’m going to do it. Let’s stop the chatter and get to the casting news.  (Since there are 20 items, I’m only spending a sentence or two on each.
Continue Reading
0