Being Asian in Hollywood: Actors, directors, and creators talk representation

Next: The #OscarsSoWhite effect and the Academy 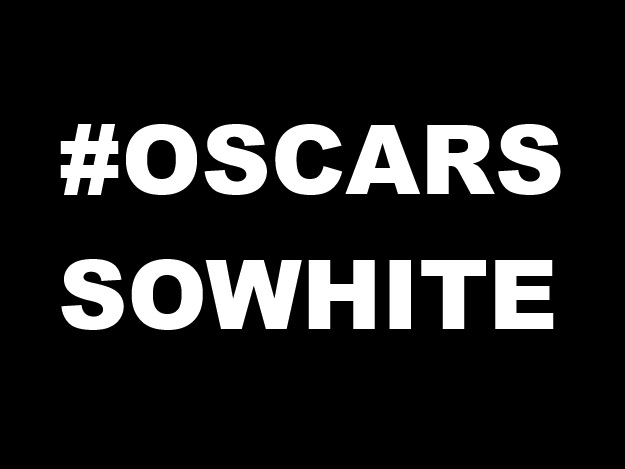 The #OscarsSoWhite movement led to the Academy opening their doors to many more people of color in the ranks. However, it was still later that the Academy invited more Asian industry members into the organization; this only came after several in the industry demanded that the oversight be corrected.

“I think the initial exclusion of Asians from the Academy is, again, a symptom of the importance that Hollywood attributes to the Asian experience, which is to say, it’s not considered very important. An institution’s membership is indicative of the values it espouses. And until very recently, the Academy’s values were almost interchangeable with the values of old white males,” wrote Wable. “Of course, the counter to that could be, ‘well it’s not like POCs weren’t honored by the Academy with nominations and awards when meritorious enough to warrant such recognition.’ But putting the meager percentage of those nominations and awards aside, the very privilege of being arbiters in the decision to lift certain voices and narratives over others is a political power that is imbued with the prejudices of those making the decisions.”

“I think adding Asian members to the Academy is a great start but I don’t think it’s as simple as just putting names and faces that look and sound Asian on the board. I think, to truly make a change, it has to be a deeper consideration of the values that the individual who is invited on the Board wants to bring to the role, and the tenacity with which they are willing to be a voice for those values and excluded narratives,” he wrote. “I would even go so far as to say that it’s this question, not the racial/ethnic identity that should inform whether someone gets tapped to be a member of the Academy. The white experience, like any label that attempts to describe a group of people, is not monolithic. If a white Academy member has lived a life that’s made them sensitive to a marginalized group’s narrative, for e.g. women, the physically disabled, LGBTQ, mentally challenged, etc., and they want to bring this experience to the table and let it guide their decisions on which stories to shine a light on, then their voice is as urgently in need of being represented as that of any other racial minority. It’ll only help the movie industry to reach this level of inclusiveness.”

“I don’t think The Academy was even thinking about it because we have been invisible, the silent minority for a very long time,” wrote Long. “A more diverse demographic at the the Academy is a good thing. Like in the 1960’s when desegregation took place and black students were bussed into white schools. It might be odd at first but then it becomes and accepted part of life.  And that’s what it is really about, acceptance.”

“Adding more Asian members to their board is basically what I suggested Fox News could have done to prevent the airing of their stereotyping segment.  Like most anything, the Academy responds to the perception of demand – if enough people say something is a problem, then it becomes prudent to do something to address the problem, at least as a PR move,” wrote Keodara. “Until that imaginary threshold of demand is reached, there is insufficient momentum to justify any dramatic change to the status quo.  There is a feeling of safety in tradition, after all.  Asians were seen as a safe bet.  We supposedly don’t speak up or yell or scream.  Apparently, they haven’t met Constance Wu or Ming-na Wen or Margaret Cho.”

The addition of Asian voices to the table can only help Hollywood become a more perfect industry.

“For me, the biggest benefit of the Academy’s diversity initiatives is that the industry sees they are taking action, and that this action is important, real, and not just talk. This has influence. Other organizations must follow,” wrote Tashima. “Too many industry execs and other decision makers have viewed these issues as being “PC” or otherwise just a trend. They need to understand that it’s the future of movies. It’s real and if they don’t get onboard, their movies will no longer be relevant to audiences.”

“More Asian voices in the Academy means more value being put to films that portray Asian characters in a more versatile and meaningful range,”wrote Keodara. “But Academy members do not dictate what films end up actually made nor who ends up in major roles.  It’s an important step, but just one among many.”

Li said that more Asian members in the Academy can only mean more exposure in Hollywood, which can lead to more films and more opportunities for Asian actors.

“The people who are in the Academy, they have more access to the right talent, the right projects. …If there are more Asian writers and directors doing Asian roles and producing Asian films, telling these stories, then there will be more shown on TV and cinema,” she said. “I think we need to be more practical on that, rather than saying, ‘Oh, there are not enough roles.’ We need to start doing things, making those films.”

“The African American community in this country and in this Industry have been vocal much longer and louder than we or any other underrepresented group has been,” wrote Long. “And because of that they have made deeper inroads. In addition to talent, that’s what it takes.”

“It’s happening, but on a smaller scale, which is to be expected, in the sense that African-Americans are a larger population (and larger force) than Asian Americans. So there are more numbers, more stars, etc. And, I think it’s important to differentiate from Asian (China, S. Korea, etc.) and Asian American,” wrote Tashima. “There’s a lot of talk about China, and all the dollars there, for ticket sales, production, etc. And we see stars from Asia placed in Hollywood movies, to pursue those dollars. What Asian American actors and filmmakers face is a different facet of the industry, more along the lines of indie filmmakers. It’s hard to convince anyone of anything until there is an Asian American box office success, be it an actor, or film. We just have to keep producing, and I think the growth (in returns) will come.”

“I think the same is happening for Asians but at a markedly slower pace. Part of the reason is the sheer numbers in play. Asian Americans that have endured and succeeded in this industry are few and far between on both the creative, and business side of things,” wrote Wable. “The business aspect is really the driving factor that makes any production company viable so it’s interesting that, for example, thriving film industries in our home regions such as Bollywood for India, and the Chinese film market., haven’t translated to a similar emergence of bigger production companies here that produce stories relevant to the Asian American demographic.”

“As an actor, I’ve noticed that Bollywood often comes out to the States to shoot their films, but the way distribution works and the politics of actors ‘crossing over’ to Hollywood has made it a very segregated business where a global pop star like Priyanka Chopra is absurdly ‘discovered’ by an American audience through [ABC’s] Quantico. Creators like Mindy Kaling, Aziz Ansari, and Eddie Huang have trail-blazed for us in terms of making space for our stories to be heard by mainstream American media so that’s the initial, and necessary, foundation that needed to be laid for established Asian American names on par with an Ava DuVernay to successfully cultivate their production companies.”

In contrast, Both Keodara and Sethi both think that the fight for Asian representation has barely even begun.

Keodara said that despite his belief that the battle for Asian American visibility hasn’t gotten to a rolling start, “momentum is building.”

“Asian American actors have not yet been given the chance to achieve similar levels of box office draws based on name recognition alone and still seldom if ever given lead roles in budget busting Hollywood productions besides Lucy Liu,” he wrote. “The strides black actors and actresses have made in achieving name recognition and a legacy of a broad, nuanced range of characters have yet to be achieved by to the same degree by their Asian counterparts – Asian actors continue to be cast for either marital-arts-centric roles or comedic roles that frequently rely on Asian stereotypes for most of their jokes.”

“In order for change to occur, these safe stereotypes need to be replaced with risky unconventional portrayals that still meet the American demand for quality entertainment.  But, if Hollywood isn’t willing, then we’ll have to take charge, which is why I started my company, Asian Entertainment Television, to be the vanguard.”

Sethi also wrote how content creation is the next step in Asian representation in Hollywood.

“I think we are still far from this happening within the Asian community, but we do need to start our own production houses and fund our own productions. This is definitely happening on an international level, but not quite in Hollywood just yet,” he wrote. “I think change will come from young filmmakers using their cameras and voices to bring about change through independent production.”

Jackson wrote about a space in which content creation is already happening at an exponential pace: the internet.

“Though the Asian acting community is relatively a lot smaller, I do see similar changes being attempted especially in the digital space. You have digital content creators like Anna Akana, Ryan Higa, and Wong Fu Productions producing their own content and telling their own stories which I think is great,” she wrote. “Justin Chon just wrote & directed his own feature film Gook, about two Korean-American brothers living amidst the 1992 LA riots. I think it’s so important for creators to tell their own stories. It’s accurate and authentic representation.”

Next: What Hollywood’s doing right and wrong