I took on the challenge to rewatch Season 2 of Sleepy Hollow to see just how good or bad the season actually was without the fandom influences of #AbbieMillsDeservesBetter and other fan-based movements. I wanted to see the series just like how the average non-fandom viewer would. I even took notes. The results were interesting.

This is a continuation of Part 1 of the post-mortem, which you can read here.

The neglect of POC storylines 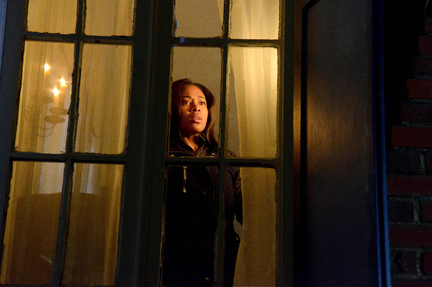 The storylines featuring people of color should always be at the forefront of Sleepy Hollow. More than half of its cast are, in fact, people of color. It would have behooved Mark Goffman to focus more on them than he did.

It’s egregious to not feature a funeral for Irving when he’s one of the main characters, not to mention a fan favorite. People have emotionally latched onto this character, and for him to be written off like that for a couple of episodes was a big slap in the face. Also a big slap: Having Abbie become second to Katrina, who has never offered substance to the story.

I’ve written a lot about my hatred for “Pittura Infamante,” but it was possibly the worst episode of the series thus far, and that’s including the episode with Thomas Jefferson (and lack of discussion about his heinous life decisions). Katrina was put in Abbie’s position as a Witness, technically, while Abbie was regulated to just being a normal detective, which didn’t make any sense. Somehow, the audience was supposed to root for Katrina and Ichabod’s “Nick and Nora Charles” shtick while Abbie and Irving are shafted.

The sad-funny part is that the storylines should have been reversed; yeah, that dude died and was turned into a literal tarot card figure, but the main storyline was IRVING COMING BACK TO LIFE AND WALKING INTO THE PRECINCT!!! How was solving the murder more important than finding out more about Irving coming back to life and the state of his soul?

Upon further reflection, these transgressions could have been viewed as a lack of empathy with non-white characters. Did Irving not get an on-screen funeral because the showrunner or writers felt viewers wouldn’t care? Did Abbie get shifted to the backburner because not enough writers or the showrunner himself didn’t resonate with Abbie’s story? Thankfully, we got “Mama,” but why hadn’t we seen more of Abbie’s lineage to begin with, especially seeing how they seem to be some of the main fighters against the apocalypse?

ALSO READ:  Julian Recaps: 'Halo' Episodes 5 And 6 Are Still Just Middling, And It's Getting Annoying

To go even deeper, Katrina seems borderline racist. She shows a lack of empathy for Grace’s death, even though she led to the cause of it. She hands Henry off to Grace in a way that could be seen as one witch giving her child to another witch, but could also be read as a woman in power giving her child to a woman put in a subservient position, effectively reducing her to a Mammy figure. The fact that she feels no sadness for Grace is telling of exactly what she thinks about her.

Katrina thinks her plight as a mother is more important than Abbie’s mission. Abbie calls her out on her condescension towards her and points out that family is more than the biological ties, telling her that her own mother couldn’t save her and Jenny, despite her love for them, but Katrina seems to just let this new perspective go in one ear and out the other.

As a bookend to Katrina expecting Grace to take care of her child, Katrina expects to be taken care of, and is taken care of in one instance, by Abbie. She seems to look at Abbie as nothing more than a fixture or a means to an end instead of a person. Even if this was explored as a legitimate character flaw, Katrina would have been a lot more interesting and would show that Sleepy Hollow is conscious of what kind of character Katrina is. As it stands, it just seems like the show was being led into some bad TV habits that it broke in the first season. Racial aggression isn’t supposed to be the hallmark of Sleepy Hollow, and wasn’t in its first season, but it became a big specter in its second. 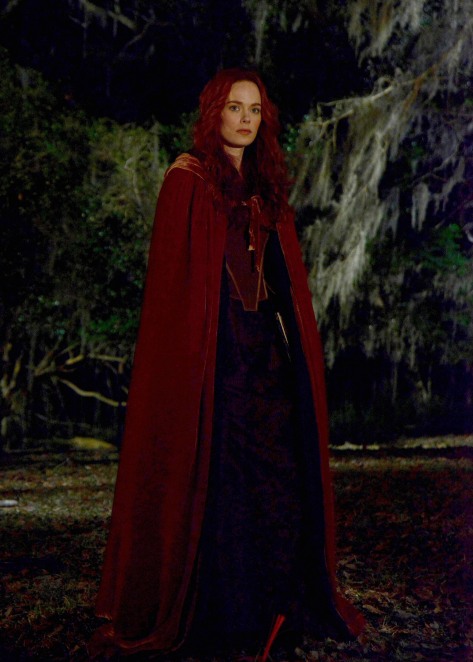 Okay, the last thing I wanted to address was this:

The worst story decision made in Season 2

There were a lot of bad decisions made this season, as you can tell. But the worst plotting decision was having Moloch killed by Henry.

Moloch’s been our big bad for the whole first season! He’s been the driving point of this apocalypse. Why would the writers (or Goffman) make Henry kill Moloch without having an even bigger bad to replace him?  I don’t know what was at the crux of Goffman’s showrunning decisions, but it seemed like there was a desire to turn Sleepy Hollow into a directionless soap opera rather than deal with the issues at hand, which include defeating Moloch and introducing new overarching villains to the fold.

If there were not fan revolts, what would the end of the season have looked like? I’m afraid to even think of the possibilities, but I think it could have looked like Ichabod and Katrina settling in Corbin’s cabin, Abbie playing nursemaid-turned-solo detective, and Jenny and Irving forgotten about. I don’t think there would have been any evil force reintroduced that could severely threaten the new status quo that was being set up. In short, the season would have turned into fanfiction, with most of the characters in OOC mode.

Let’s hope that the next season has a lot more of what the fans want: the main core characters, more of a focus on Abbie and Ichabod’s lineages (because we need to see more of Ichabod’s dad and get introduced to Abbie’s dad), and a real big bad, one that could easily eat Moloch for breakfast. I suggest Satan.

What did you think of this season? Give your opinions below.