Do you watch the CW’s The 100? The show was breaking ground with its same-sex relationship between fan favorites Lexa and Clarke, but something happened recently that left fans up in arms.

If you’re not up to speed, here’s what happened. Lexa inexplicably died during the latest season, leaving fans who loved the characters, the relationship, and what the relationship represented, were left grieving yet another lesbian character who has fallen victim to trope.

Maureen Ryan for Variety has summed up the issue succinctly in her opinion piece, “‘The 100 Lexa Mess: What TV, Jason Rothenberg Can Learn”:

“So here’s the nitty-gritty: The character who died, Lexa (Alycia Debnam-Carey), happened to be one of the few well-developed and comple lesbians on TV, and it’s an unfortunae but enduring TV cliche that lesbians rarely, if ever, live happily ever after. In the March 3 episode, ‘The 100,’ which had touted its commitment to quality LGBTQ storytelling, invoked one of TV’s oldest gay cliches by killing her off mere seconds after she consummated her relationship with another woman, Clarke (Eliza Taylor). Many fans, regardless of sexual orientation, were left shaking their heads in disbelief.”

Ryan goes on to write that the death itself didn’t make storytelling sense, even though the actresses involved played the scene well. “But all things considered, the blithe manipulation LGBTQ fans and the show’s willingness to deploy harmful cliches about gay characters remain the things that rankle the most,” she wrote. Quite a few fans feel like they were led on, used to boost ratings with teased relationship, only to have the rug pulled from under them.

If any of this sounds familiar, it’s not simply because creating the “tragic LGBTQ character” is a very tired trope. That’s just one of the reasons. The other reason this might sound familiar is because MTV’s Teen Wolf faced a similar firestorm a two years ago. 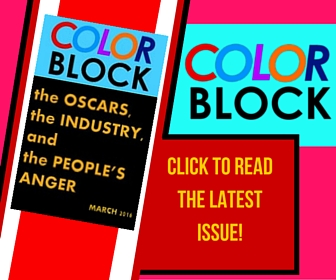 You can read Jase Peeples’ op-ed for The Advocate, “The Trouble with Teen Wolf“ to get the full details, but in a nutshell, Teen Wolf dropped major hints of highly-developed characterizations (and relationships) of gay male characters, such as the popular pairing of “Sterek” (Stiles and Derek), but the show began being labeled as a “queer-baiting” show once Danny and Ethan, characters who were in a relationship, faded to the background and Stiles was put in a relationship Malia, a female werecoyote. Even worse, the male teen of color on the show, Mason, was tokenized and underdeveloped.

“While some might dismiss fan outrage over the show’s dwindling LGBT representation, their passionate outcry highlights a growing divide between younger viewers and those who are creating the shows they watch. For a generation that has never known a time when LGBT people were not represented on the small screen in some form, limited visibility and queer subtext are no longer enough to hold their interest.”

The continued teases that a character might be bisexual with no payoff, the same-sex romances that end as quickly as they begin with little development, the disappearance of gay characters without explanation, and the absence of any well-developed LGBT character four seasons into a show that appeared to bank heavily on its queer appeal early on have left vocal fans howling.

He goes on to say that network execs and showrunners need to recognize that the audience they’re trying to court (and, in the case of Teen Wolf, successfully courted) are not the audience of the 1980s or even some of the audience of the 1990s. This new audience lives in the world the audiences of the old had been hoping for, so it’s time to actually give this new audience the type of representation it wants sans trope and stereotype. “For this demographic, LGBT integration isn’t simply a future aspiration-it’s reality,” writes Peeples. “More than ever before, young people are out, allies are vocal and a person who doesn’t interact with a member of the LGBT population on some level is becoming an anomaly.”

It seems like The 100 also needed to learn this lesson, even though it portrayed the air of deft avoidance of trope up until Lexa’s death. Just like with Teen Wolf’s audience, the audience of The 100 saw Lexa and Clarke as a beacon of hope, that TV was finally putting the spotlight on lesbian relationships, something that’s not always focused on when TV decides to showcase LGBTQ characters. Usually, TV just show gay men, and even then, the focus is mostly on gay white men.

As I wrote in my February issue of COLORBLOCK Magazine (in which I did laud The 100 for its seeming progressiveness):

With so few lesbian characters and relationships between lesbians on-screen, Lexa and Clarke stood for more than just two characters in love. They represented many viewers and their relationships, and to have that representation taken away has got to hurt. No wonder fans are upset.

The biggest lesson The 100 can learn from this is to look at what happened to Teen Wolf. Fans are asking for proper representation from their shows. Fans are asking for their shows to represent them, because they’re living the lives that are routinely left off the screen. Instead of seeing their audience as a niche with a marginalized interest that can be dangled in front of fans like a carrot, they should actively create storylines that honor their audience. The last thing shows need to do is alienate the folks who make them money.

Ryan echoes this sentiment with her breakdown of the lessons showrunners need to learn. Ryan states that when fans feel manipulated they’ll walk away. She also writes that showrunners shouldn’t gloss over legitimate concerns from fans. But the rule that all of these rules rest on is this: “Don’t mislead fans or raise their hopes unrealistically.”

What did you think of Lexa’s death? If you’re a fan of The 100, can they win you back? Give your opinions in the comments section below!