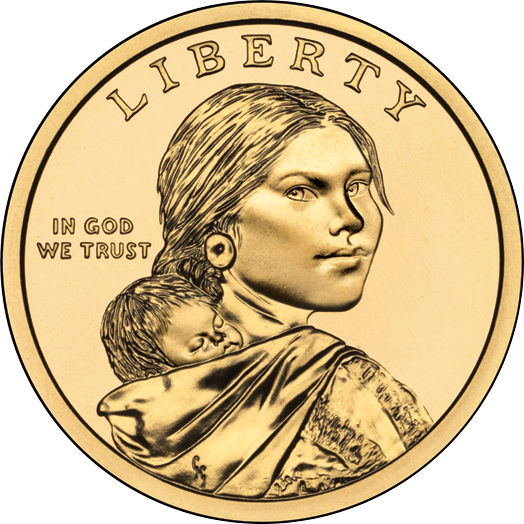 Unfortunately, there isn’t a lot of reliable historical information on Sacagawea, the Lemhi Shoshone woman who we all know as the interpreter/guide for Meriwether Lewis and William Clark on their expedition through the west. There are also no historically-correct images of Sacagawea either, so for the purposes of this article, I’m using the U.S. dollar featuring Sacagawea (modeled on contemporary Shoshone-Bannock woman Randy’L He-dow Teton). However, what is known is that she had some tough times, to say the least. When she was 12, she was kidnapped by a group of Hidatsa and taken to a Hidatsa village near present-day Washburn, North Dakota, according to Wikipedia. The kidnapping was part of a battle that resulted in the deaths of four Shoshone men, four Shoshone women and a number of boys.

When she was 13, she became the wife of Quebecer trapper Toussaint Charbonneau. Sacagawea and another woman were either bought by Charbonneau to be his wives or he won Sacagawea from the Hidatsa in a gambling match.

Now to the expedition: Charbonneau was chosen to be an interpreter by Lewis and Clark mostly because Sacagawea spoke Shoshone and they knew they would need someone to help negotiate. The history books don’t talk about just how hard the expedition was, but it is true that Sacagawea was pregnant during the expedition. The child would, after Sacagawea and Charbonneau took Lewis up on his offer to settle in St. Louis, Missouri, have his education at the Saint Louis Academy boarding school secured by Clark. 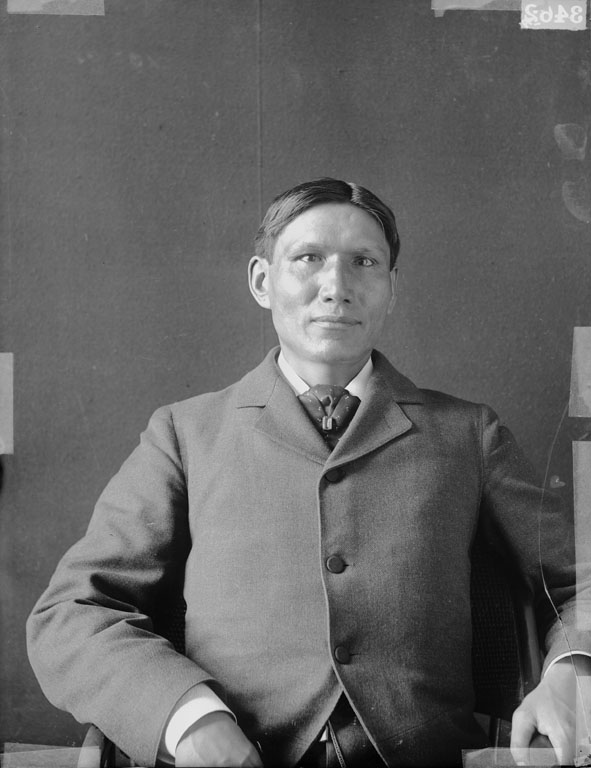 Charles Eastman was the one of the first Native Americans to become a certified doctor. According to Wikipedia, his birth name as a sad story–he was born Hakadah, which means “pitiful birth.” He was named as such because his mother–Mary Nancy Eastman (or Wakantakawin) died after giving birth to him.  Hakadah was later given a new name marking life passages (keeping with Dakota tradition); that name was Ohíye S’a, which means “wins often” or “winner” in Dakota. He would take the  name Charles Eastman when he converted to Christianity many years later.

Even though his father was against Charles and Charles’ brother studying in European-style schools, they still attended prep and mission schools. After attending Beloit College, Knox College and Darthsmouth College, Eastman graduated from Boston University as a medical doctor.

Eastman used his skills on the Pine Ridge and Crow Creek Reservations in South Dakota under the employment of the Bureau of Indian Affairs Indian Health Service. At the behest of his wife, European-American (and Native American welfare activist) Elaine Goodale,  he wrote stories about his life which were later published as a book, founded 32 Native American groups of the YMCA, promoted the Boy Scouts and Camp Fire Girls organizations, and served as a lobbyist for the Dakota between 1894 and 1897. He was also one of the co-founders of the Society of American Indians. 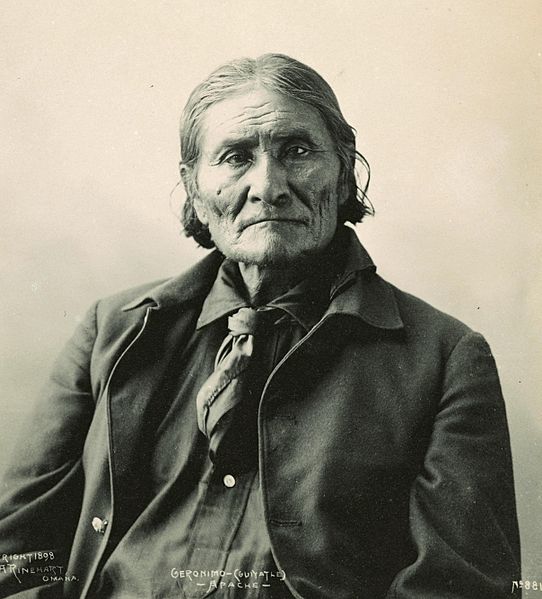 Geronimo is another historical figure that has been in our history books, but I don’t think we really know all that much about him.

Geronimo is one of the best-known Native American leaders, I think. He was a Bedonkhoe Apache who led his people against the United States and Mexico during the Apache Wars. Geronimo (whose real Chiricahua name was Goyathlay or Goyahkla), went after the Mexicans after Mexican soldiers killed his mother, wife and three children. He also promoted the raids of many Mexican and American towns.

According to Wikipedia, Geronimo garnered the white settlers’ nickname of the “worst Indian who ever lived” due to his ability always escape from the clutches of the authorities. He also led a small group of 38 men, women and children, evading Mexican and American troops for over a year.

The U.S. government launched The Geronimo Campaign with the sole intent to bring Geronimo and his group to the reservations. Orders were to catch Geronimo dead or alive. After being worn down by the hunt, Geronimo and his group surrendered. Geronimo and other Apaches, including the ones who helped the army find him, became prisoners of war. After being transferred from one fort to another, Geronimo finally settled in Fort Sill, Oklahoma. He eventually became a celebrity, traveling across the United States, but the irony is that he was never allowed to go back to his home, the place he fought for.

It’s not clear if Geronimo surrendered peacefully or was forced to surrender. In his memoirs, he states that those who did surrender were misled and that his war prisoner status was put upon him with conditions. 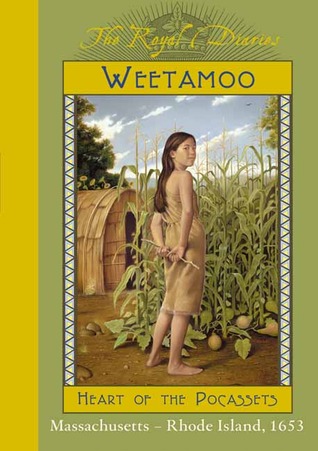 Weetamoo (“sweet heart”) was the beautiful and powerful sachem (chief) of the Pocassets. According to Women of Royalty, she was born around 1640 and, since her father, the sachem, only had daughters and Weetamoo was the eldest, she was the next in line for the role of sachem.

Even though she was a girl, she was allowed to go on a vision quest, a rite of passage that is only allowed for boys. She allowed this because she was eventually going to be taking on the role as leader, a manly position. She was also an expert at many male responsibilities, such as fishing and hunting, but she also performed female responsibilities such as smoking fish, preparing animal hides for clothes, and cooking. She was also an expert at diplomacy, which came in handy since she was going to be a leader.

Weetamoo did engage in many English customs, such as wearing makeup and jewelry, but she would later come to resent the Plymouth Colony settlers after the settlers broke their treaty with the Wampanoags. Her then-husband, Wamsutta (the sachem of the Wampanoags) went to the settlers to discuss the treaty, but died while visiting them. It was then that Weetamoo changed her perspective on the “coat-men,” believing her husband to be poisoned by them.

Later on, she would join with her brother-in-law, Metacom (King Philip to the English) to attack the settlers. Weetamoo herself led 300 warriors into battle. Unfortunately, King Philip’s War wasn’t successful–the colonies banded together to attack the Wampanaogs, Metacom, and Weetamoo. While the tribes were marching August 6, 1676, the settlers attacked and killed many of the warriors or took them prisoner. Weetamoo’s sister and wife to Metacom, Woonekanuske, was captured along with Woonekanuske’s son, Metacom, and Weetamoo’s latest husband, Quinapin (Weetamoo had several husbands in her life).

Weetamoo was trying to escape capture when she fell into the Taunton River and drowned. After her body was discovered, her head was cut off and put on a pike in Taunton. Metacom suffered a similar fate after escaping and being killed by a native named Alderman near Mount Hope in Rhode Island. Woonekanuske and her son were sold into slavery, being placed on a slave ship bound for the West Indies. Quinapin was also killed, though I don’t think he was beheaded.

Which historical figures would you like to see get the biopic treatment? Give your opinions below!