I don’t know if that was an episode for the ages, but that scene was Bonnie and Annalise was a scene for the ages! Before I salivate over that scene, let’s get to the quick synopsis of the plot.

Gretchen Thomas, a successful real-estate agent, has been taking some prescription pills that has her doing stuff while sleepwalking, including alleged murder. Did Gretchen actually kill her (grown) kids’ nanny? Why do adults need a nanny? All these questions are answered throughout the episode.

Frankly, I forgot what was even happening with Gretchen and the murder she didn’t commit (her husband did). All I remember is Wes telling Rebecca stuff he shouldn’t have, Bonnie telling Annalise stuff she promised Sam she wouldn’t (to protect Annalise) and Rebecca and Nate teaming together to bring down Annalise (even though Annalise is defending her behind). 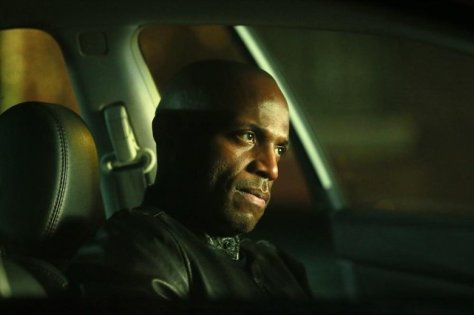 The only thing I was worrying about was figuring out who killed Sam. I still don’t know. But it’s looking like Bonnie.

I’ll say from a characterization perspective, Bonnie is turning out to be one of the most interesting characters due to the damaged psyche that was hinted at in other episodes and was really laid out in this one. Bonnie is great at her job, but it would seem she’s only great at it either to emulate Annalise and/or to earn Annalise’s respect/love/adoration. She keeps tabs on everything not because she’s a Nosy Nellie, but because in her mind, she’s keeping Annalise safe.  I mean, she had an “affair” just to learn more about Sam and his secrets? (I’m guessing.)

What is this relationship? #HTGAWM pic.twitter.com/A8A7SK5eUJ

I’m guessing that Bonnie killed Lila because Lila was the one that was about to disrupt Annalise’s life. Bonnie must have killed Lila out of misguided loyalty. I could very well be wrong, since I’m now confused as to when things happened (the back-and-forth is getting intense in this show!)

Bonnie is LITERALLY always there. Even on the night of the murder. #HTGAWM pic.twitter.com/iJjL0rcQmj

I will say that Bonnie, shown to be a crying mess, literally begging at the feet of Annalise for forgiveness, was one incredible scene. As a black woman, I think a lot of black women were excited to see a black woman in such a situation of power. Despite Annalise’s messed-up life (stealing her husband from another woman, dealing with his infidelity, feeling her infertility is a punishment for her man-stealing), she still embodied the fantasy a lot of women have wanted to see for a long time–a white woman in the role a black woman is usually in.

.@liza_weil is bringing it in this scene. Please don’t be gone forever. #HTGAWM pic.twitter.com/RR8j4pnjkn

I felt bad Bonnie got fired. But we knew she had to have gone through something major to end up in the arms of Asher. Not to discredit Asher, though–I love Asher. Asher is officially my favorite character in the show. He stays in his own lane, he finds humor in what could be stressful situations, and he likes hanging out with friends. He’s also an honest soul. Watch he’s the one who killed Lila, after I’ve praised him so much. But until we get to that revelation, Asher is the only normal person in this show.

ALSO READ:  From 'Abbott Elementary' Sweeping To The Lack Of 'Pachinko': The Biggest Surprises And Snubs From The Emmy Nominations

Also, Connor didn’t have sex with anyone this week! I’m not slut-shaming him–and I never have slut-shamed him, to be honest–but it was a little bit of a relief to see him do some work without having to sleep with someone to do it. In other recaps, I’ve said that I didn’t want Connor to become a horny gay stereotype. But, as some in this New York Times article have pointed out, his sexual aggression takes him far out of the “sassy best friend” stereotype many gay characters get saddled into. Of course, what does his constant sniping at Michaela mean? Always having a snappy comeback is a bit of a stereotype too, to me. In any event, Connor’s characterization has advanced between this week’s and last.

Lastly, Lynn Whitfield! Her character, Michaela’s future mother-in-law is going to be one hardcore foe Michaela will have to deal with.

What did you think of this week’s episode? Give your opinions in the comments section below!

Julian Recaps: ‘Ms. Marvel’ Ep. 3 Ratchets Up The Stakes For Kamala And Her Family