While August might be happiest acting as a support system for Hughes, St. Cyr is hoping to stand out from the crowd and make a big dent in Hollywood. Marshall is just one of the major plays St. Cyr has under his belt; he’s also starring in the upcoming webseries Giving Me Life: In the Land of Deadass, which St. Cyr described as Friends, if Friends was directed by Issa Rae. The webseries has made its world premiere Oct. 24 at the New York Television Festival and has been featured as a Kickstarter creator-in-residence.

I’m glad I got a chance to speak to St. Cyr and learn more about his character in the film, his experiences on set, and what it’s like to be in the same room with Empire‘s Jussie Smollett and Chadwick Boseman, who has played Jackie Robinson in 42, James Brown in Get On Up, and the Wakandan king T’Challa in the upcoming Marvel juggernaut Black Panther. Check out these five moments from our conversation. 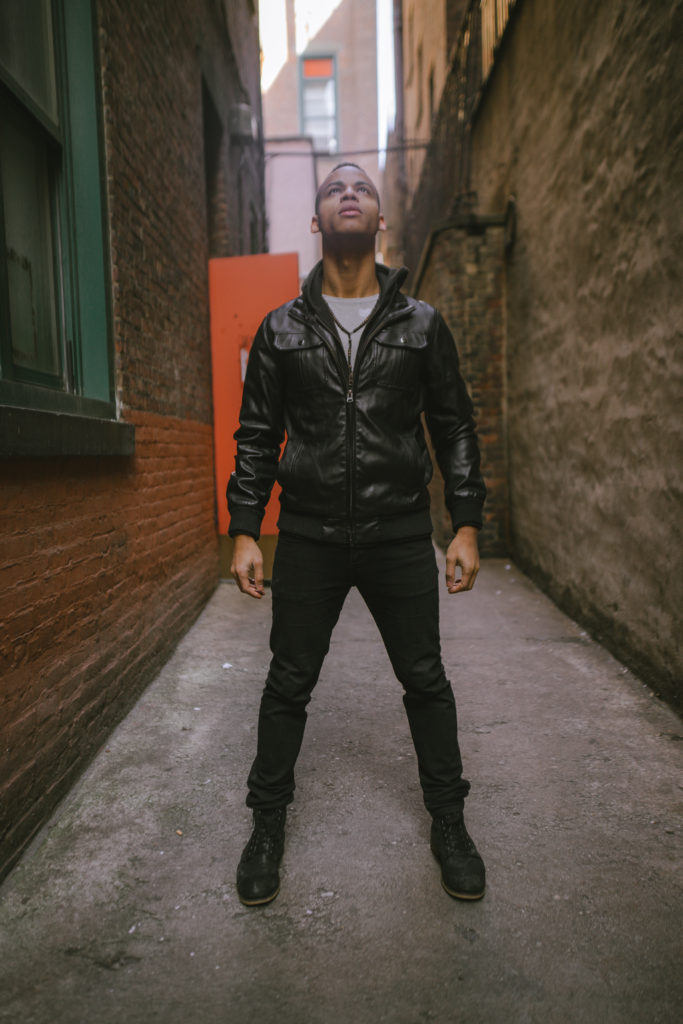 On playing August: I play August and the key thing that August does in the film is he represents the outside world. Marshall is kind of in a small, claustrophobic courtroom world—he’s trying to solve the case at hand [involving] Sterling K. Brown [star of NBC’s This Is Us]. In the middle of the movie, he takes a break from that small courtroom and comes back to his hometown of New York to see what the world going on. [People] in the black world have their own opinions on how it’s going to go. August and Langston Hughes represent what the black elite artistic culture are thinking about Marshall at that moment. August supports the opinions of Langston Hughes as he and Marhsall duel it out at the jazz club.

On working with Jussie Smollett: He’s great. He’s incredibly humble and very warm and open. He shared a lot of wisdom with me, I was able to ask him about things that could help me on my own journey, and he was very gracious and generous and he did a great job.

On playing opposite Black Panther‘s Chadwick Boseman: It’s pretty cool [laughs]. It’s a little surreal. He’s a man—you get used to thinking he’s going to jump on top of cars, and then you see him in hair and makeup getting his hair [styled] into Marshall’s. It’s a funny juxtaposition, but it’s cool.

Everybody’s celebrating Chadwick and it feels like when one of us succeeds in a major way, all of us succeed in a major way. The fact that it’s being made at all is a [big win]. There’s just a lot of energy supporting that film and getting that [energy] so far before it’s been released– that’s a victory in and of itself. Having an opportunity to be a part of that energy is really great. 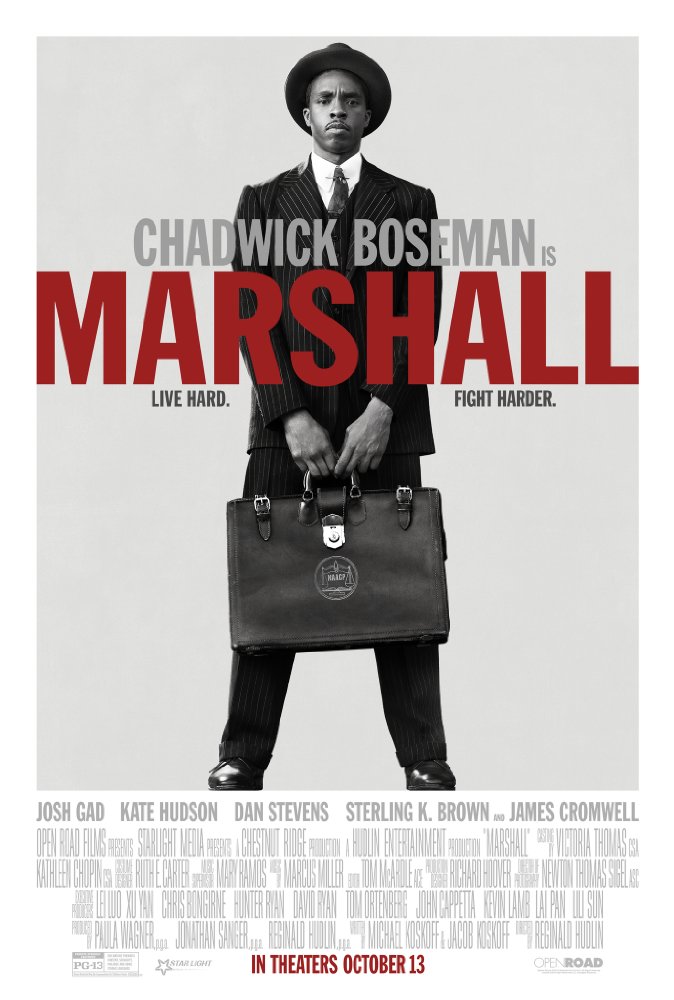 What St. Cyr learned about Thurgood Marshall and Langston Hughes: Marshall’s all about going inside the system and changing the laws. He’s very direct in his method and Langston Hughes is about creating art that moves people and stirs people from the inside out, writing about it in a way that…moves people’s conscience. It’s kind of a covert mission whereas Marshall is guns blazing. In the movie, Marshall disagrees with the way Langston goes about [challenging racism] and I think that’s still something we deal with now.

What moviegoers can learn from Marshall: People see Marshall as this iconic figure who won everything he ever did and went to the Supreme Court and lived happily ever after. I think a lot of times, people need to see the struggle chapters of some of our heroes, and I think this is the moment to show you [that] he was a man and he was not invincible. He may have become an American hero, but he was [human]. Our heroes are human…but they are capable of doing great things, as we all are. The world is always going to need heroes.♦

This article was edited and condensed.