Color Coded: Those crows from “Dumbo”

Before comic book bros get on my butt, please re-read the headline of this post. It states THE ANIMATED SERIES

, and yes, there were folks that thought he was black, or at the very least, biracial.

Why? Because of his skintone. Maybe we were ignorant in the ’90s (which is a fair case to make), but it was rare you saw a white person in a cartoon that was painted with a serious tan. Also, his facial anatomy was certainly not Anglo-Saxon, if you get what I’m saying. 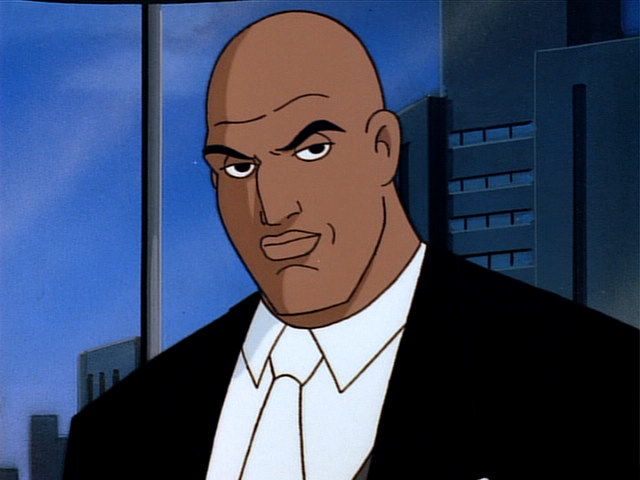 The “Lex Luthor is a light-skinned black dude” gets especially hardcore when you look at this screencap from Comic Vine of Luthor next to an actual black character (if I’m not mistaken, this is Steel before he became Steel, and also before he realized he was working for a villain). 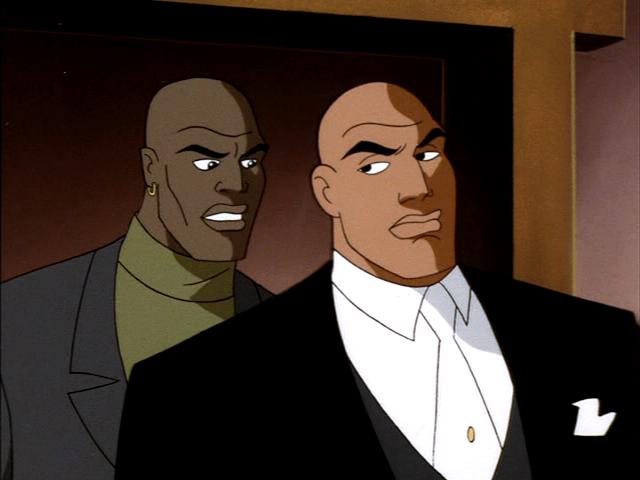 Think I’m making up this controversy and confusion? Just click this link, which you take you to a Google search I did. There were and still are people asking if the animated Lex Luthor was black.

But the real truth is that Lex isn’t black. He’s not even Italian (which was my theory growing up). According to one of the Comic Vine commenters, Lex’s look is based on Greek-American actor Telly Savalas, who was big in the 1970s for playing the detective Theo Kojak on the show “Kojak.” According to the Comic Viner, though, the DC Animated Universe Lex is based on Savalas in On Her Majesty’s Service, in which he played Blofeld. In any case, a side-by-side shows how undeniable it is that Savalas and Lex are one in the same. Knowing Savalas is the basis for DCAU Lex also explains why this Lex has infinite swag and sex appeal (Due to “Kojak” and Theo’s swagger, including his signature line of “Who loves ‘ya, baby?”, Savalas was a huge sex symbol back in the day.) 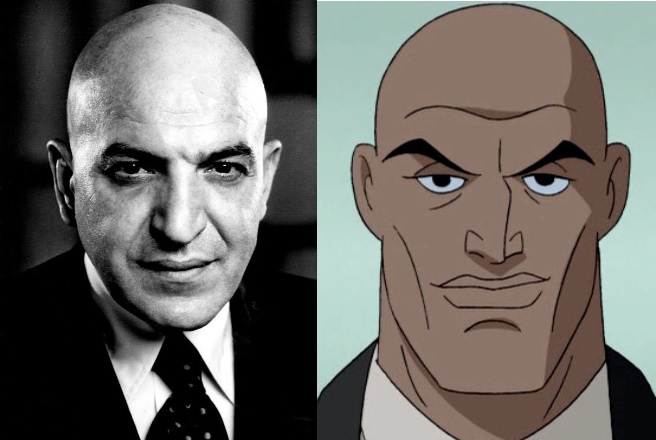 (Fun fact: Savalas was a journalist for ABC News before he became a huge Hollywood star. He also studied psychology and was a WWII soldier.)

Are you one of those folks that could have sworn up and down that Lex was black? Give your opinions in the comments section below!

This one’s going to be an interesting one, since there’s no research basis for it, just anecdotal stuff. Also, it’s one I’ve tried writing before, but came up to a dead end. So with that ominous beginning laid out for you, let’s get into it. To paraphrase Ts Madison, the question of the day, and every single day—is Piccolo black? ‘Cause just look up some combination of “Piccolo” “Dragonball Z” and “black,” and you’ll find group after group discussing if Piccolo is an analog for a black character.

I bet you might not have expected me to include Superman as a color coded character. But in my opinion, he is. In fact, he’s probably one of the most complex color coded characters there are, because he’s also a character that does quite a bit of “passing” in order to be America’s hero.

Here’s a new series! If you have been following my “Queer Coded” series, this new set of articles,”Color Coded,” follows the same set-up; I discuss a character and how they’ve been coded by their makers, Hollywood, etc. to be a stand-in for something else. In the “Queer Coded” series, the characters were discussed in the realm of perceived queerness. In “Color Coded,” the characters mentioned will be discussed in terms of their perceived non-whiteness.

This series is also a fan suggestion! So if you have any suggestions for future series, feel free to tweet me, leave a message on the COLOR Facebook page, or email me at the address listed in the left sidebar.

With that said, let’s get on with the inaugural “Color Coded” post and discuss one of my favorite Thundercats, Panthro.