The Munshi: Why “Victoria and Abdul” should focus more on Abdul Karim and the colonialism he faced

This post is about Victoria and Abdul, the latest in a long line of “special person of color befriending or otherwise humanizing a cold white woman” films. From the outset, this, a film based on the biography by Shrabani Basu, looks like a Driving Miss Daisy version of a small moment of Queen Victoria’s life. In actuality, equating it to Driving Miss Daisy isn’t actually saying the movie is bad, necessarily—there are plenty of reasons to like Driving Miss Daisy, and I’m sure there are plenty of reasons to like Victoria and Abdul. However, with that said, we’re getting a bit long in the tooth for films that make white characters out to be the classic “good white person.” Therefore, this post will be solely about Abdul and the man who plays him, Bollywood superstar Ali Fazal.

First, in case you’re interested in Victoria and Abdul, here’s the official description:

The extraordinary true story of an unexpected friendship in the later years of Queen Victoria’s (Academy Award winner Judi Dench) remarkable rule. When Abdul Karim (Ali Fazal), a young clerk, travels from India to participate in the Queen’s Golden Jubilee, he is surprised to find favor with the Queen herself. As the Queen questions the constrictions of her long-held position, the two forge an unlikely and devoted alliance with a loyalty to one another that her household and inner circle all attempt to destroy. As the friendship deepens, the Queen begins to see a changing world through new eyes and joyfully reclaims her humanity.

Reading that last line—“As the friendship deepens, the Queen begins to see a changing world through new eyes and joyfully reclaims her humanity,” seems as sappy and innocuously racial as anything from Driving Miss Daisy, and after reading more about Abdul himself, it seems like much of the film’s viewpoint will be from the value Abdul brought to the Queen, not what Abdul himself thought about his situation, his standing, or England’s volatile “relationship,” if you will, with India, a place colonized and subjugated by the English monarchy, which includes Queen Victoria’s reign.

Even in Queen Victoria’s own words, it seems like she’s more enthralled by his exoticism and his being an outsider with different opinions than all the other cronies she’s used to dealing with in her circle.

According to Abdul’s biographer, Sushila Anand, the Queen’s letters about her conversations with Abdul were one of “[b]oth head and heart,” focusing on philosophy, politics, and other topics close to the Queen’s heart. However, Anand also writes that Queen Victoria was fond of Abdul, her munshi or teacher, because of “a connection with a world that was fascinatingly alien” and because she viewed him as “a confidant who would not feed her the official line.” One line she wrote in her journal, “I am so very fond of him. He is so good & gentle & understanding all I want & I a real comfort to me,” says everything I need to know.

She did see him as a value to her, but she’s still seeing him from a very colonial-centric viewpoint. Abdul was a fine man to talk with and befriend, but did Queen Victoria really view him as an equal as much as biographers and historians might like to make it out to be? I’m no historian, but coming from my personal viewpoint as a person who has lived under the remnants of slavery, I don’t see how she could view him as an equal and still keep India under colonial rule. She could have most certainly viewed him as a friend and confidant and most loyal of subjects, but at the end of the day, he was still a subject—someone under her law who, in his case, benefitted from the shadow of her power. Slaveowners also had dear confidants who were also slaves, but at the end of the day, they were still slaves.

This is just my point of view. But take the point of view of Ben Croll, who reviewed the film for IndieWire. His entire review speaks to how much colonialism shadows the film and becomes the elephant in the room the film doesn’t want to address. Croll writes that the film wants to be the breezy, Downton Abbey-esque costume drama, “[e]xcept it can’t be, thanks to that damned question of colonialism, the legacy of which is still being felt today.”

“In the film’s formation, both Abdul and Victoria are innocent actors, two parties on the far extremes of a troubling system run by callous white men…But that structure never stands up because the film never grants the slightest interest in Abdul’s perspective,” he writes. “While Dench gets a number of speeches and confrontations, dramatizing Victoria’s position as both all-powerful and basically powerless, Fazal is just asked to smile. Abdul is good-natured and charming, happily there to serve. He’s eager to teach her Urdu, or recite for the Koran, much to Victoria’s delight and her advisor’s dismay, but what’s going on inside his mind? What’s it like to go from the basement of colonial prison to a seat of Imperial power? Well, aside from the fact that he seems to appreciate the wallpaper, we never really know.”

Other reviews have reiterated the same concerns.

“[Lee] Hall’s script mildly pokes fun at courtly pomposity, while eventually treating the relationship between Victoria and Karim as a balanced friendship—when surely the truth was more difficult,” wrote Dave Calhoun for TimeOut London. “It’s pretty obvious where the power lies here, yet most of the complexities are sidelined…This is kid-gloves historical storytelling.

“…[T]he central relationship in ‘Victoria & Abdul’ never pretends to be one of equals,” wrote Owen Gleiberman for Variety. “Abdul, as a man, remains dutiful, devoted, saintly, obsequious, servile. Maybe that’s accurate, maybe not, but in a mainstream middlebrow drama coming out in 2017, it gives one a bit of pause, because it reinforces a point-of-view toward the British colonization of India that comes off as myopic, and, frankly, a little too old-fashioned for comfort.”

If there’s any reason for me to watch this film, it’d only be to support Fazal in the hopes that my watching the film would keep Hollywood interested in him and could eventually propel him to other American films. Fazal has already starred in Furious 7, which has cemented him as an international star, but a film like Victoria and Abdul could push him even further in the stratosphere. Fazal himelf seems to agree.

“I definitely feel they [Hollywood] have an eye and they have a democratic eye for talent. We’re making some great stuff here as well,” said Fazal to News18.com. “I speak for a lot of Indian actors—the new actors and the actors who have been there and doing their job and who [are] far better than so many others, that yes, Hollywood is opening up and globalizing.”

“I’m not giving them credit because they were closed up for a long time themselves but I think now because they follow protocols, they know they can’t mess with stuff. They can’t have a blonde play a Chinese woman! James Bond today can be a black person playing or a person of any colour playing. They’ve become open to that world.

What would be great if there could be a film exploring the life of Abdul as a person instead of the role he played in Queen Victoria’s life, as if he’s a talking object. However, maybe Victoria and Abdul is the launching pad for Fazal in a number of exciting roles, such as James Bond, a Star Wars Jedi, or anyone else that has been relegated to white Hollywood. So it goes. 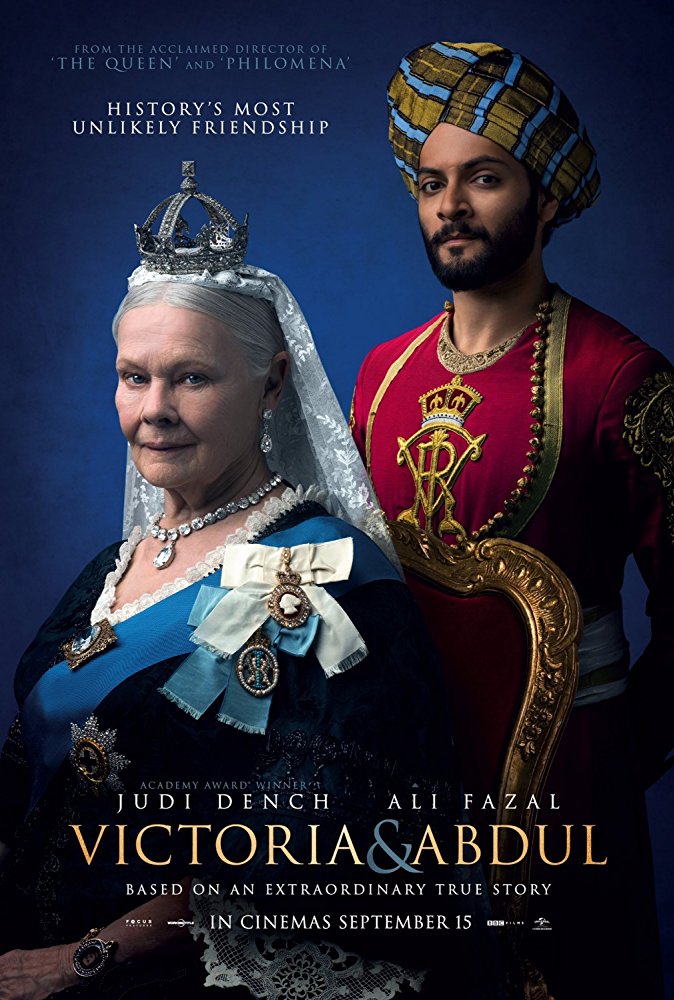 Victoria and Abdul will be in theaters in NY and LA September 22, and will expand to more theaters September 29 and October 2.

That Taylor Swift video. Yes, I saw it. The short of it is that it annoys me.

Even though there are critiques about Lupita Nyong’o being a CG character in Star Wars Episode VI: The Force Awakens and people are annoyed with Avengers: Age of Ultron, Disney has, for the most part, been pleasing many fans with their Marvel and Lucasfilm acquisitions, along with their other Disney properties. But Disney has finally hit a wall with their upcoming film, The Princess of North Sudan. Why is this movie so offensive to many out there? Because the princess in question is a little white girl.