Could “All Stars 4” Be The Best “RuPaul’s Drag Race” Season Yet?

The lineup for the upcoming fourth season of RuPaul’s Drag Race All Stars has been announced, and is it just me, or could this be the best lineup Drag Race has ever had?

Yes, I know there have been some iconic seasons and even if certain seasons haven’t been great, there have been some iconic people that have still come to the forefront. But to me, this All Stars season has everything we’ve all been asking for. It’s the culmination of a decade of Drag Race with characters who are filled with personality, looks, catchphrases, talent, and drama.

Here’s the press release, which includes the legendary lineup of drag queens.

Following the record-breaking tenth season of VH1’s “RuPaul’s Drag Race,” which just became the first show to ever win an Emmy® Award in both the Outstanding Reality-Competition Program and Outstanding Host for a Reality or Reality-Competition Program categories in the same year, VH1 has announced the queens returning to the mainstage to compete in the fourth season of “RuPaul’s Drag Race All Stars.”  The groundbreaking competition is set to return with supersized, 90-minute episodes and more stunning fashions, killer lip-syncs, and jaw-dropping twists than ever before. “RuPaul’s Drag Race All Stars” will also be making Friday nights fierce again when it premieres on Friday, December 14th at 8:00 PM ET/PT on VH1.

“The fourth season of ‘RuPaul’s Drag Race All Stars’ is going to blow. your. mother. tucking. mind.,” said three-time Emmy® Award-winning host and EP RuPaul.  “Satisfaction guaranteed or your henny back.”

The ten super queens competing to prove that they’re ready to become “Drag Race” royalty in the fourth season of “All Stars” include: 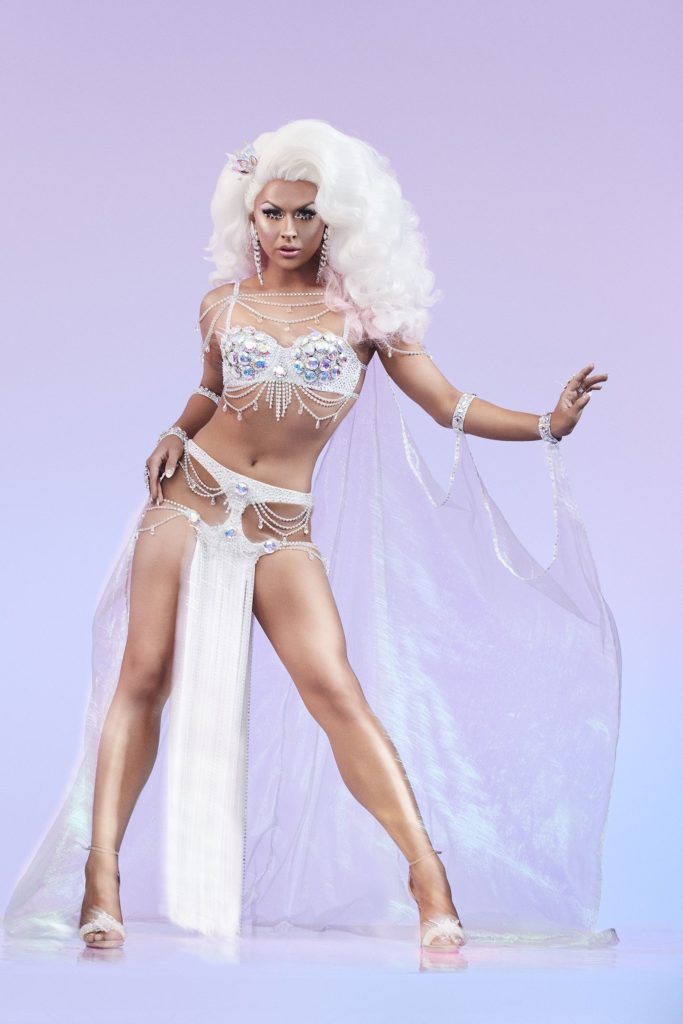 Farrah Moan (Season Nine)
Los Angeles, CA | Twitter: @farrahrized, Instagram: @farrahrized
Farrah moaned her way through season nine, and your favorite Vegas showgirl is back for “All Stars” four! The cotton candy queen may have gotten lost in her emotions in her season, but on “All Stars,” she’s ready to highlight (wink) her talents…. She wants to prove to the world that she’s more than just a cry baby and take her place on a pink pedestal in the “Drag Race” Hall of Fame! 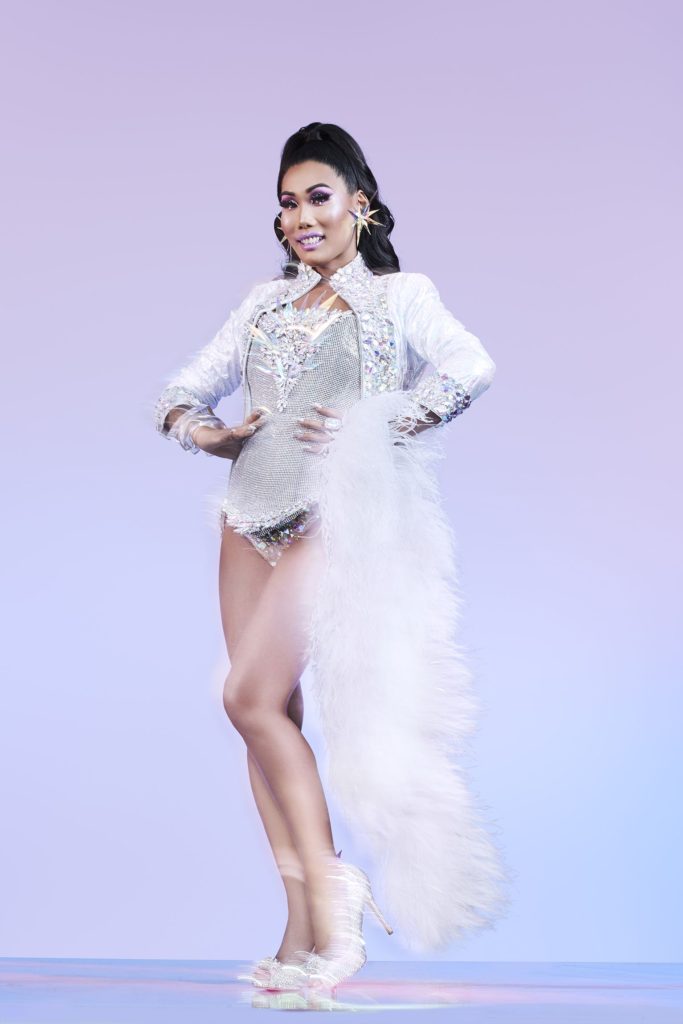 Gia Gunn (Season Six)
Los Angeles, CA | Twitter: @GiaGunn, Instagram: @gia_gunn
Gia Gunn is back, but does she have the firepower to blast her way into the “Drag Race” Hall of Fame? Absolutely. Gia wants to show she’s more than sassy catchphrases from season six. She’s fully seasoned and ready to snatch that “All Stars” crown! 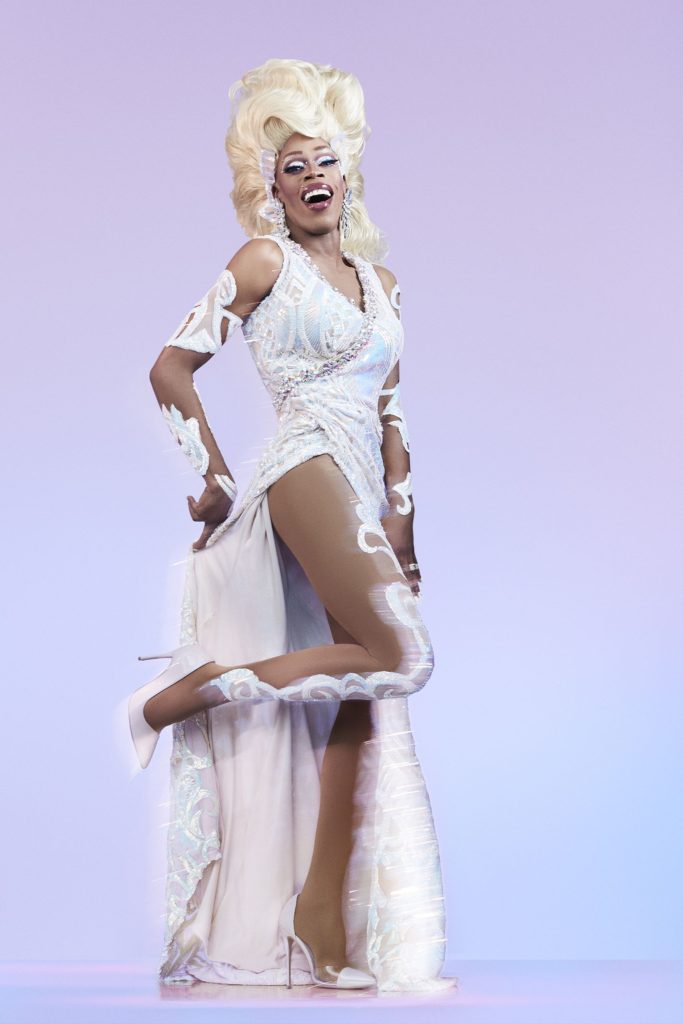 Jasmine Masters (Season Seven)
Los Angeles, CA | Instagram: @msjasminemasters
Her name is Jasmine Masters, and she has something to say… she’s here, b*tches! Back for more, on “All Stars” four! Since season seven, Jasmine has gone viral on social media making her the ultimate “meme queen.” But Jasmine wants to prove she packs more than a punchline and has the skills to take home the crown. 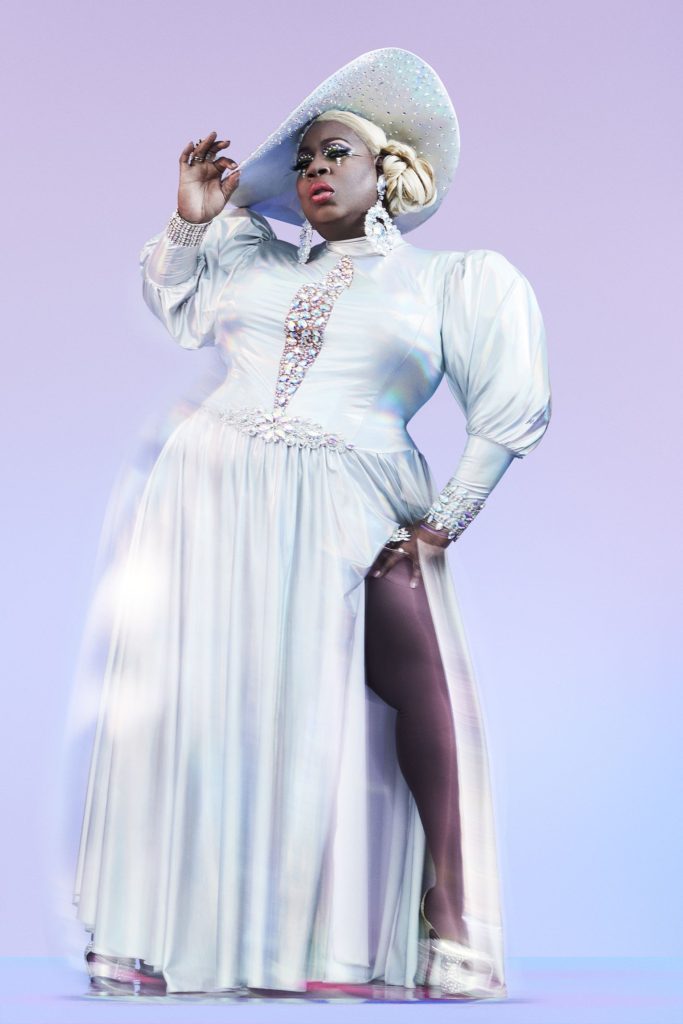 Latrice Royale (Season Four and “All Stars” One)
Hollywood, FL | Twitter: @LatriceRoyale, Instagram: @latriceroyale
She’s large and in charge, chunky yet funky… she is Latrice Royale! Latrice competed on season four and as half of “Team Latrila” on “All Stars” one, but she failed to make her way to the top both times. She’s back in the werkroom to prove that an OG queen can serve it to the younger queens and finally secure her spot in the “Drag Race” Hall of Fame! 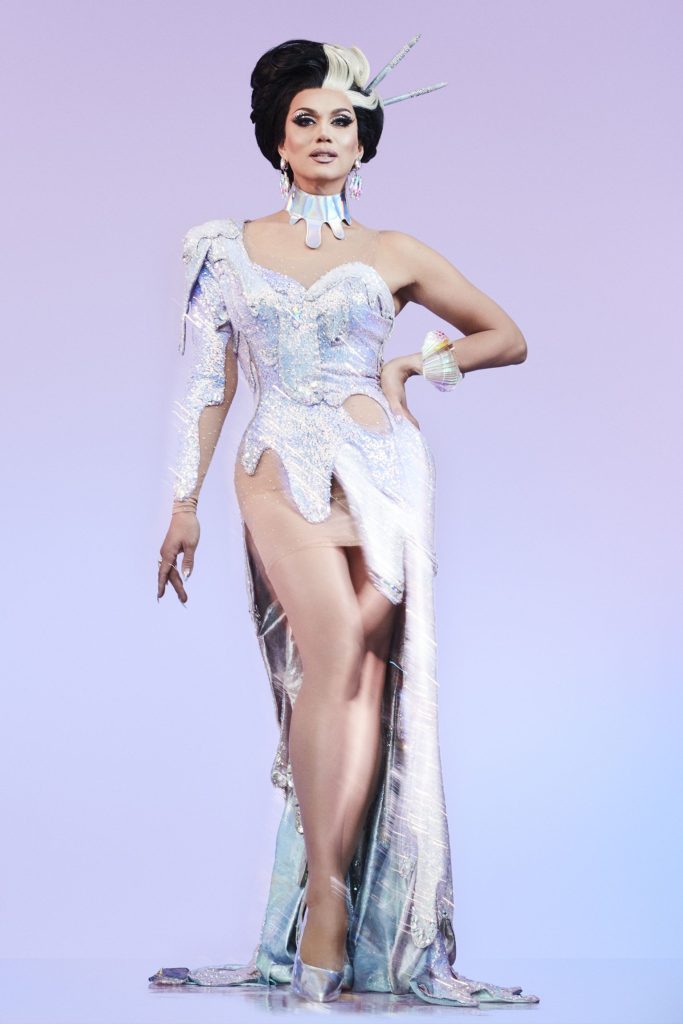 Manila Luzon (Season Three and “All Stars” One)
Los Angeles, CA | Twitter: @manilaluzon, Instagram: @manilaluzon
Runner-up on season three and gone-too-soon on “All Stars” one, Manila is back again hoping the third time is the charm. She’s got a closet full of campy couture and the comedic chops to make Manila an “All Stars” thrilla, but will it be enough to finally take home the “Drag Race” crown? 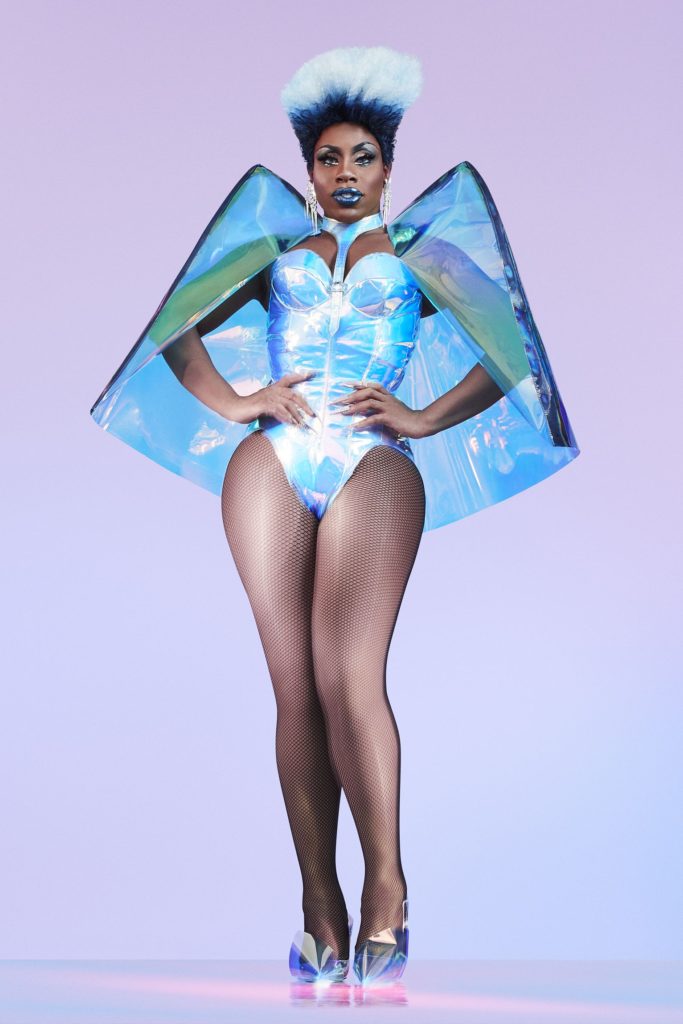 Monét X Change (Season Ten)
New York, NY | Twitter: @monetxchange, Instagram: @monetxchange
On her season, Monet X Change won the hearts of all and the Miss Congeniality title. Fresh off of season 10, she’s back with a fire lit under her padded ass to serve some polished looks and prove she has everything it takes to soak up the “All Stars” crown! 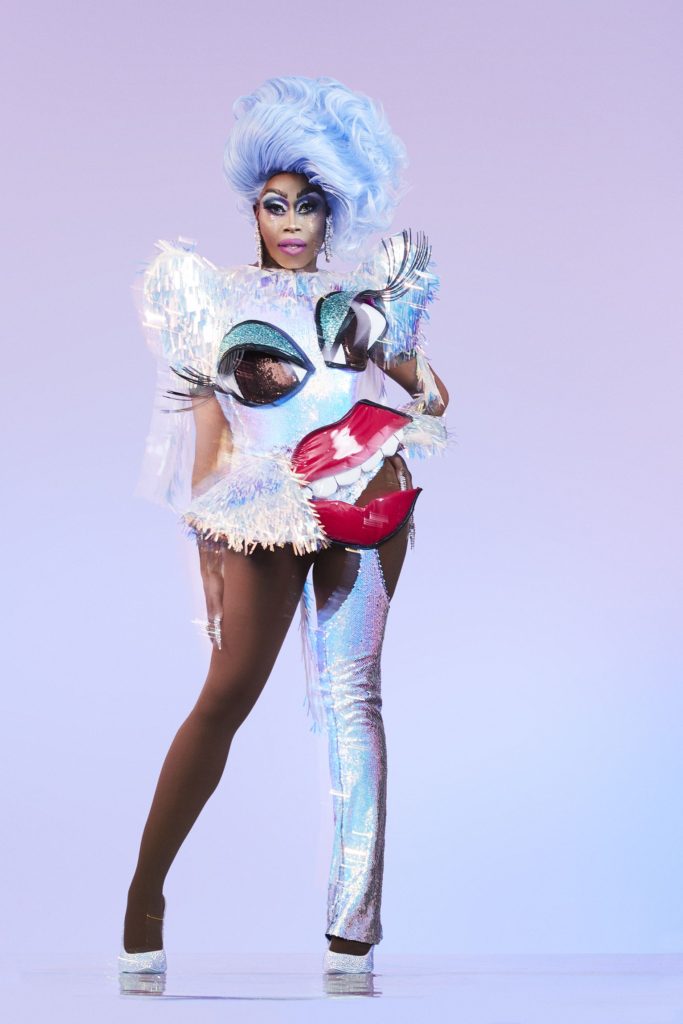 Monique Heart (Season Ten)
Kansas City, MO | Twitter: @IAmMoniqueHeart, Instagram: @iammoniqueheart
Monique Heart came to Season 10 with talent, glitter, and Jesus… What she lacked was the funds for a closet full of costumes. Since her season, she’s performed all over the world, making that coin and amassing a stunning collection of lerks. Monique is back for “All Stars,” reclaiming her time, and vying for a spot in the “Drag Race” Hall of Fame! 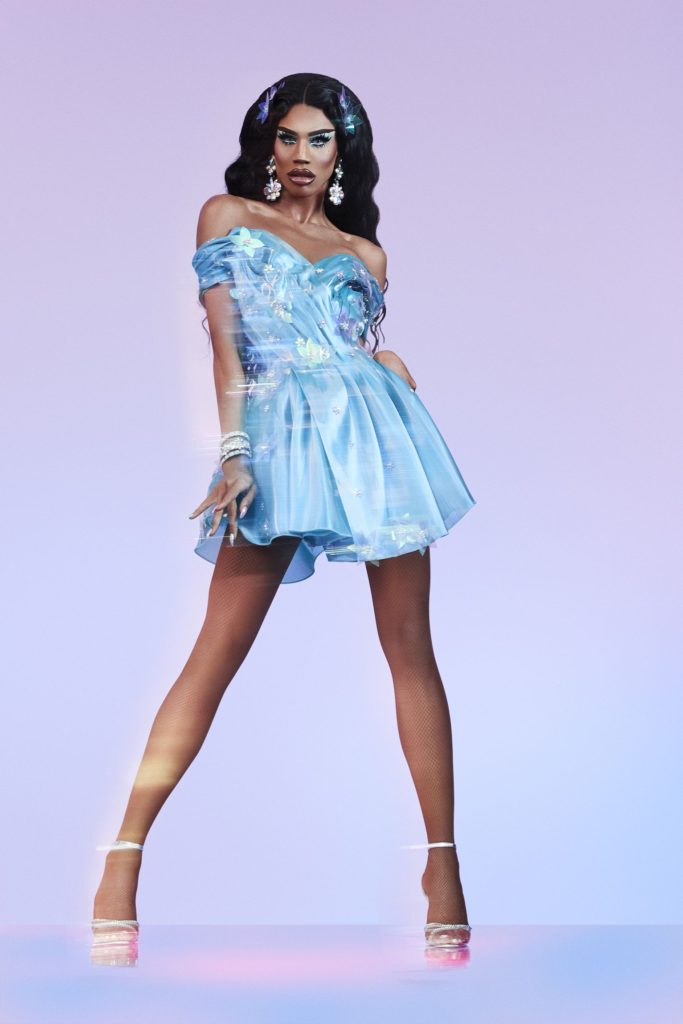 Naomi Smalls (Season Eight)
Chicago, IL | Twitter: @naomismallsduh, Instagram: @naomismalls
On Season eight, Naomi Smalls put the LEG in “legendary” and stomped her way into the top three. She’s back on “All Stars” to prove she can outperform the best of ‘em and to show the world you should never underestimate the tall, pretty fashion model. 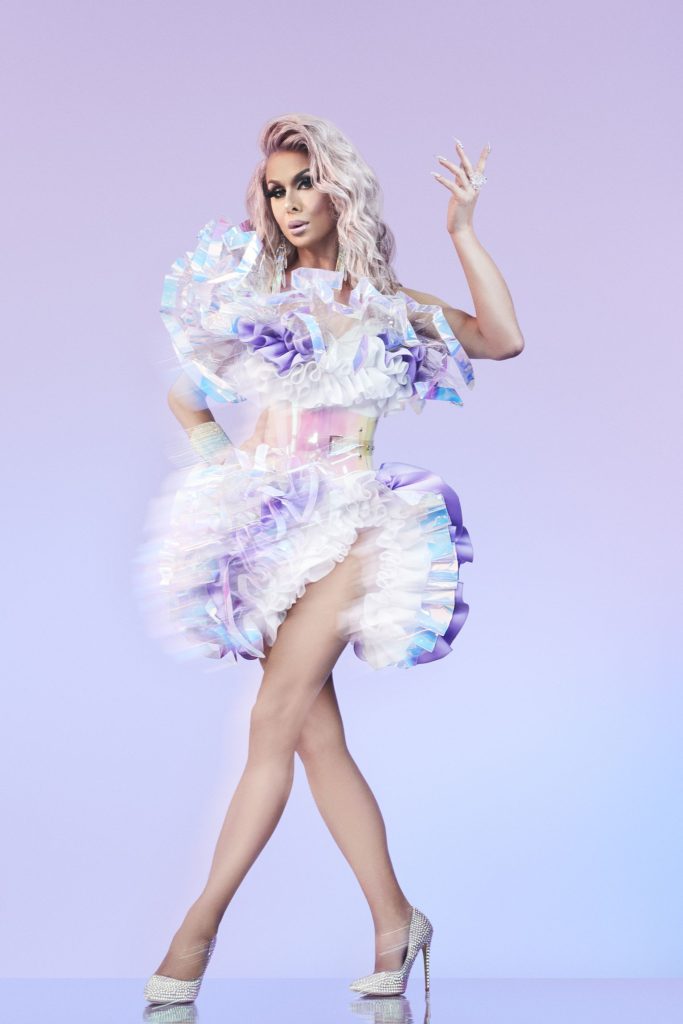 Trinity Taylor (Season Nine)
Orlando, FL | Twitter: @trinitythetuck, Instagram: @trinitythetuck
Trinity Taylor is back as Trinity the Tuck… and this tuck has teeth! On Season nine the pageant queen, with body for days, made us laugh all the way to the top four. But now, full “All Star” confidence, she’s here to claim her seat in the “Drag Race” Hall of Fame. 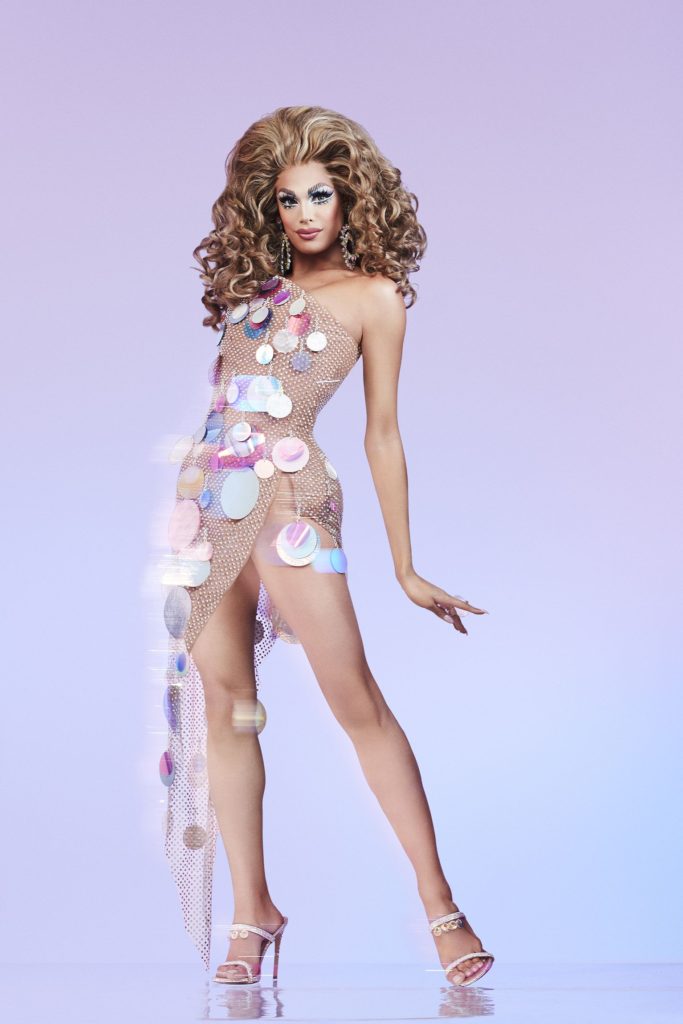 Valentina (Season Nine)
Los Angeles, CA | Twitter: @allofvalentina, Instagram: @allaboutvalentina
It’s fan favorite, Valentina! She was chopped from season nine for not knowing the words, but since her season, there’s no masking her talent. The glamorous, high fashion, Latin American diva is back on “All Stars” for her Telenovela redemption story…. and the “All Stars” crown.

Is this cast good or are they good? I, for one, can’t wait. I’m not even sure who I’m rooting for the most because all of these queens are among my favorites. I think if I had to choose, I have go to with Latrice Royale. She’s coming in as the most popular fan favorite in a sea of fan favorites. Seeing how every fan and every drag queen loves her (and seeing how she’s my favorite ever), I can’t not root for her. But in all honesty, I’m rooting for everyone on this season (particularly Trinity Taylor, since she’s an Alabama native like me).

We have to make special note about Gia Gunn, who is the first openly transitioning drag queen on Drag Race. I feel like there might be some confusion as to why Gia is called the first, seeing how there have been several drag queens who have transitioned. So far, all of the drag queens (except for Peppermint) who are now trans transitioned after their respective seasons. Peppermint is the first openly transgender contestant, meaning she had already transitioned before her season (her transition started in 2012). Gia is the first contestant to be in the process of transitioning during her season. Gia announced her trans identity in 2017 and has begun her transition this year. She also has a GoFundMe page for her transition that you can still give to; thankfully she has met her $30,000 goal.

Gia is also one of the many trans queens who spoke out against RuPaul’s disparaging comments towards trans contestants. It’ll be fascinating to see how Gia and RuPaul interact, as well as how other queens will interact with Gia. Certainly, RuPaul’s comments will be the eleplant in the room, despite RuPaul’s apology, so it’ll be interesting to see if this will be one moment in which RuPaul’s usual unflappable persona gets punctured. In any event, it’s good to see Gia on this stage, since she’s giving trans women even more representation on screen.

Overall, there’s going to be tons of fireworks (remember Valentina and Farrah Moan?), tons of laughs, and hopefully tons of singing of “Jesus is a Biscuit.” Come Dec. 14, expect me to be glued to my TV, ready to absorb more drag.