The Oscars are over and done with, but I’m not done with these two pictures from the proceedings.

First, the red carpet gave us one of the best pictures featuring Black Panther stars Lupita Nyong’o and Danai Gurira giving love and support to their fellow Black Panther castmate and Get Out star (and Oscar-nominated actor) Daniel Kaluuya. 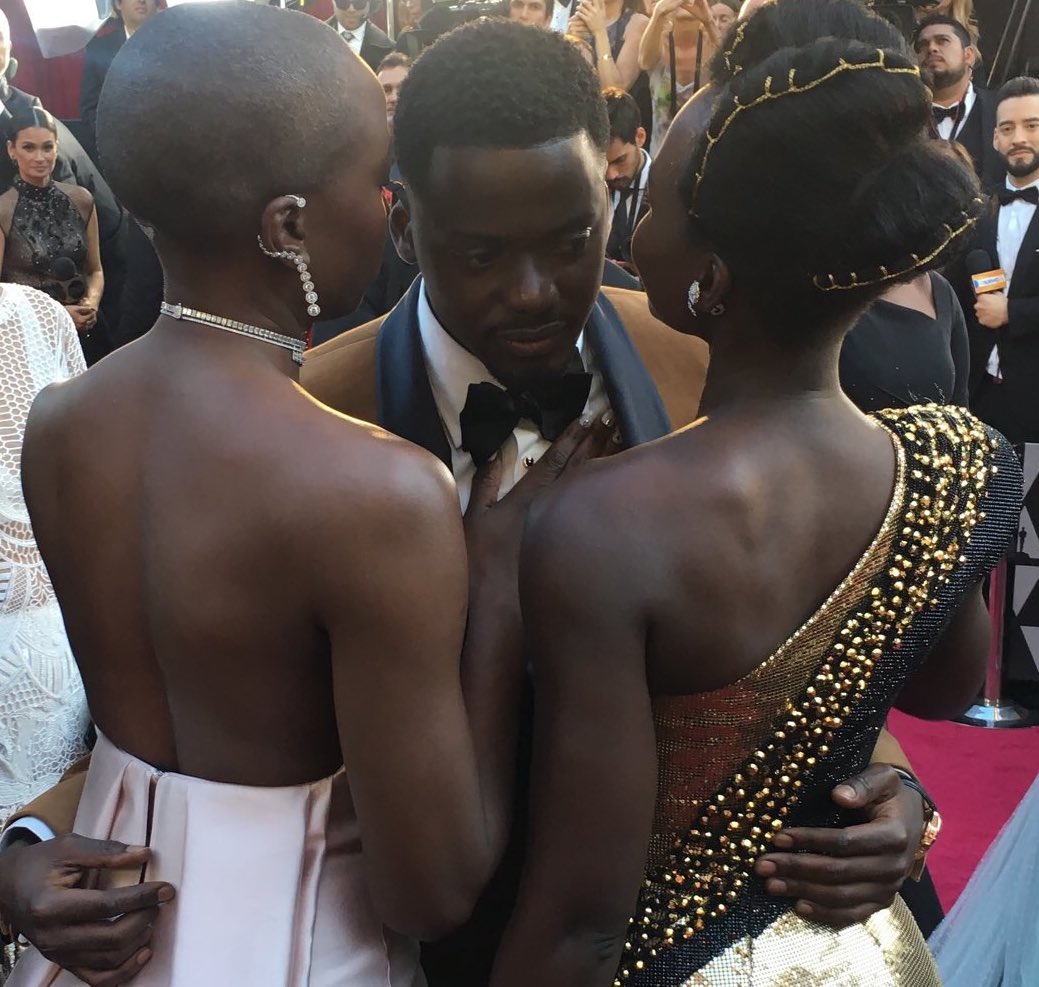 I don’t know if this is a screencap or someone’s official snap, but here’s another picture from the scene, posted by photographer Kyle Grillot.

When I saw this image, I knew there was a film in there, and I finally figured out what it is–Howard’s End. The original 1992 film starring Emma Thompson, Helena Bonham Carter, Vanessa Redgrave, Anthony Hopkins, and Samuel West is actually quite amazing. My favorite aspect of the film is that it focuses on the Schlegel siblings–two sisters (Thompson and Bonham Carter) and a brother (Adrian Ross Magenty). I became connected to these characters because it mimics my own family; my brother is surrounded by three older sisters, including myself. Like the Schlegel brother Tibby, my brother seems particularly astute to female wisdom and doesn’t think his sisters are less than him.

This picture embodies that feeling I got from Howard’s End to a T. It looks like he’s getting such support from these two ladies, so much so that I wish I could be in on that circle of trust. I think it would be cool to see a Howard’s End starring these three as the new Schlegels. The story could still be kept in Edwardian England or it could be updated to the present or dropped in another country. Like, what about a version of Howard’s End set in an African country? Regardless of the era or the country, I’m sure it’d be cool.

The second picture came from the show itself. Enter Lupita Nyong’o and Kumail Nanjiani.

They look so good together! Wouldn’t it be great if they could star in a rom-com together? Like, a very slick, high-budget rom-com that features Nanjiani as a dashing, rich exec who gets involved in His Girl Friday-esque hijinks with Nyong’o, who is also the head of her own company, and they both battle each other’s wits as they work to garner that elusive Big Account. They’re in love before they realize it and then they take forever to admit it to themselves until, after a bust of a New York dinner meeting, they get caught in the rain while trying to hail a taxi. It’s only after the fifth taxi passes them by (and splashes water on them) that they realize they can’t deny their feelings any longer. They were meant for each other. They end up working together to close a joint account that helps both of their companies, and then they announce that they’re also opening a joint account…in their hearts.

You can see this, can’t you? I sure can.