4 Reasons why I hate “CATS”

I have a controversial statement to make. Maybe it’s not that controversial in real life, but as a kid who grew up in the ’90s while this particular Broadway show was making its rounds, this is bound to be a little troublesome.

Let me break down what I don’t like about it.

To be fair, I’m not a pet person. I can’t even bring myself to warm to the idea of owning fish anymore. For starters, I don’t feel like cleaning up after anything. Second, I don’t want to have to see an animal I love die (and I don’t want to have to touch a corpse). Thirdly, and maybe the most important for the purposes of this post, I’m not a person who’s knee-deep in “cat culture,” as it were. In that sense, I’m definitely not a cat person. Perhaps I should be even more blunt and say I’m not a “cr*zy cat lady.”

It seems like to be a true CATS fan, you have to live the CATS life. You have to really, really love cats. You have to be willing to invest yourself in an imagined world of cats doing strange cat things. I don’t have the bandwidth to do that, so I’m already not this musical’s target market.

Hypocritically enough, despite my dislike of owning a cat, I’ve always wanted to have a tiger for a pet. Blame Aladdin and Jasmine’s awesome pet tiger, Rajah. 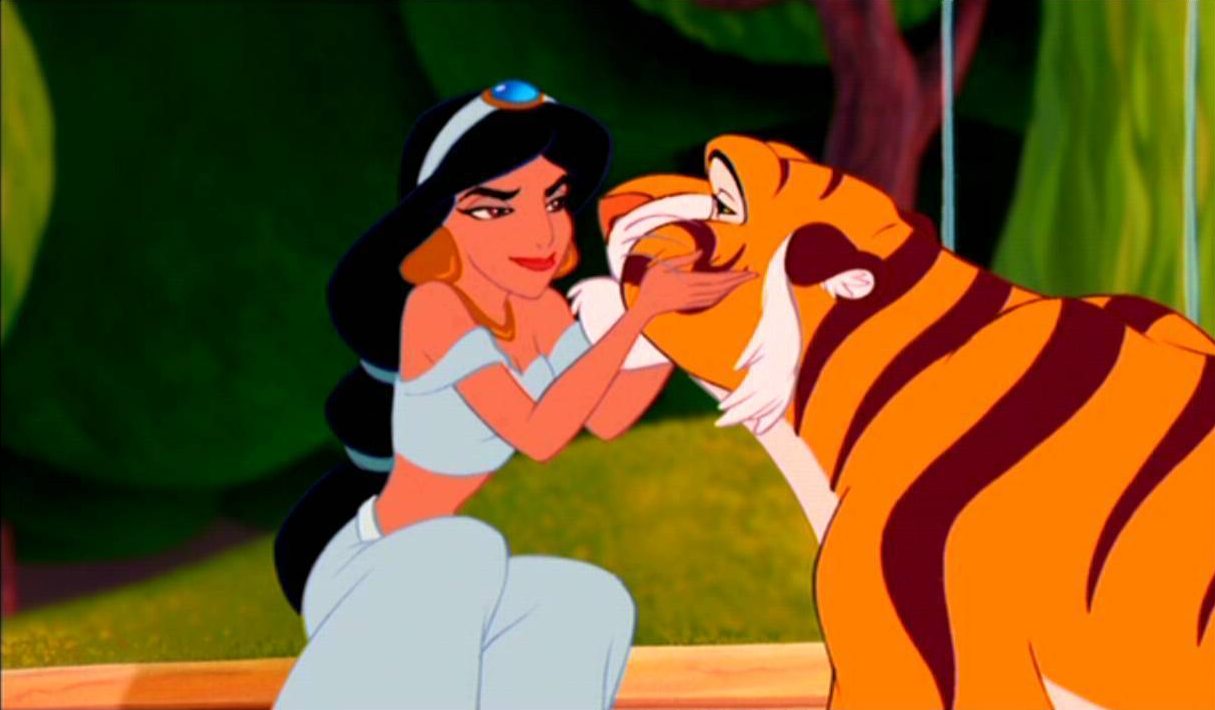 I know the baseline of the show is that there’s a bunch of cats who gather in an alley to decide who gets the next life of the nine they’re allowed. But even with that “plot,” what is it about? Like, there’s never a story. You’re just kinda making it up in your own head as you go along, because every song is just an introduction of yet another character. Two-thirds of the show is just introductions of characters we hardly ever hear from again in a meaningful way.

As one commenter wrote on Broadway World:

Cats is a show that tried to do “everything” for the audience including to feel and to have a good time.

A show that tries to do everything shuts the audience out of having to do even the basics. It then becomes a floor show or a televison variety special.

As trite and at times nonsensical as the lyric of Memory is, at least it guided the audience into feeling something. The same with the pirate number. These allowed us to become involved.

I have to disagree about “Memory” being trite and nonsensical, but I agree with everything else. Like, the show really does shut out the audience members who really want to know what’s going on. “Memory” is the only song that actually is a crowdpleaser for those invested and for those confused. It’s the only one that truly sounds like it belongs in a Broadway show that’s about something. You understand Grizabella’s sadness at growing old and losing her beauty and misusing her younger years. You want her to get that new life! What does Rum Tum Tugger need it for?

Aside from that, CATS, like Seinfeld, is a show about nothing. But speaking of Rum Tug Tugger:

Let me tell a quick story: When I was between 8 and 10 years old, my sister and I watched a VHS copy of CATS while on vacation with my family. I could already tell I was going to hate it the longer it dragged on. But what really made me internally upset was when we got to the Rum Tum Tugger part. I resented this character because, even at that small age, I knew being titillated by a cat-man was wrong. Never in my life did I want a musical to end faster–I was watching this with my parents! (Although I doubt they were paying any attention, since they didn’t understand this musical either.)

Like, does a song about an indecisive cat even need to be this sexual?

I don’t deserve to have a Broadway musical make me sexually uncomfortable. I come to Broadway to have fun, to enjoy great music, and to get a great story. I don’t need to leave a Broadway experience counseling myself.

To that point, why do we sexualize anthropomoric animals anyway? Do Simba and Kovu need to look humanly dashing for us to sympathize with them? 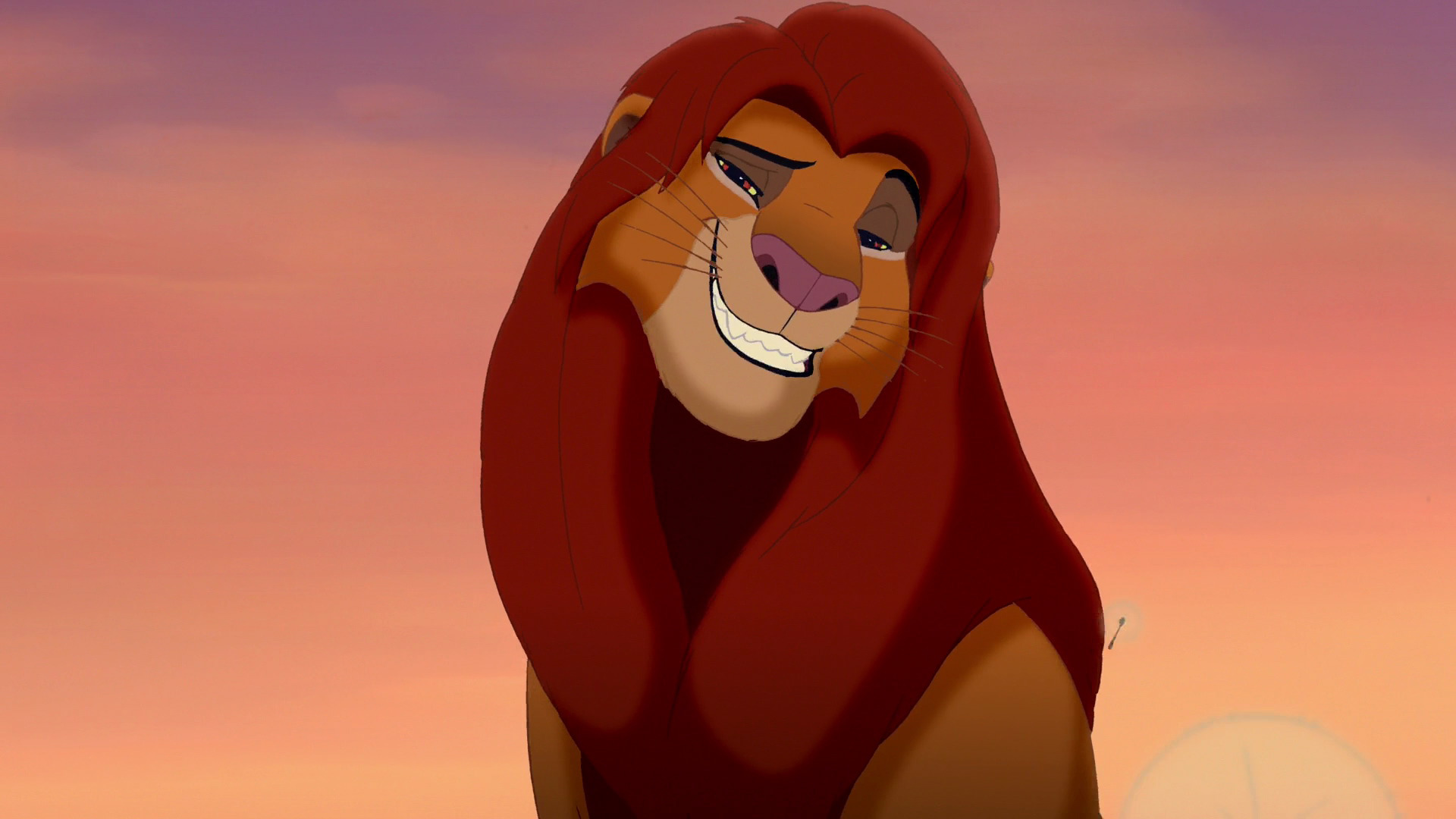 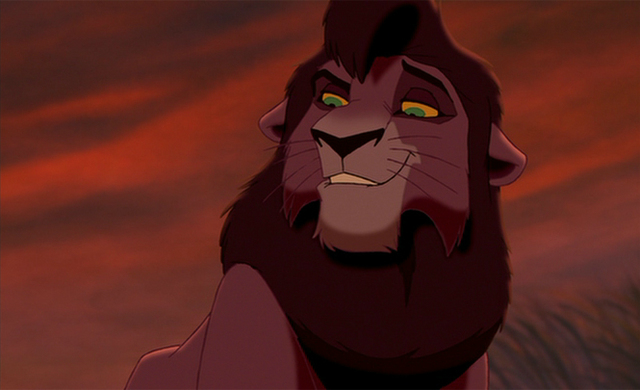 Did those tigers from Zootopia have to look hot for us to like them as characters?

Why do we do this as a society? WHY ARE WE DOING THIS?! Furthermore, why did it take me viewing CATS to realize how weird this is? Granted, I was still a kid (a kid who had yet to see Lion King 2, no less, meaning I would still get sucked in by Disney’s ability to make humanly attractive animals). But I was a kid who’d seen The Lion King. I’d seen Robin Hood. I’d seen A Goofy Movie. Heck, I got my parents to buy A Goofy Movie while on that same trip. I had learned a lesson while seeing CATS. But that lesson–that sexualizing animals is a weird practice animation studios have normalized–still didn’t stick until I saw the sexy tigers from Zootopia. This is all weird.

I know this musical is based on the nonsensical poems by T.S. Eliot. But somehow, CATS fans have made an entire lore and mythos for these characters that makes no sense to me, no matter how much I try to understand it.

Years ago, when I was invested understanding CATS once and for all, I stumbled onto some forum where fans were talking about the finer points of the CATS characters and relationships. Like, somehow Rum Tum Tugger and Mr. Mistoffelees are related to Old Deuteronomy? Someone’s related to Gus The Theatre Cat? Macaity is somehow someone’s grandpa or something? HUH?

Where are the origins of this lore? Where’s the starting point? Because I’d like to know everything every other hardcore CATS fan seems to know. In a way, the fandom’s esoteric knowledge of relationships and meaning is like another fandom I loved to dissect and still not get, the fandom surrounding Disney California Adventure’s “all-ages” cover band, Mad T Party. I say “all-ages” in quotes because eventually the Alice in Wonderland-themed band became much more geared towards its young adult (mostly female) audience. Meaning there was overt playing up of fandom themes, such as the Dormouse and Hare inexplicably being an item, the Mad Hatter and Alice inexplicably being an item, them somehow having real names–the Mad Hatter’s name is “Tarrant”? Someone’s name is “Thackery”? The list goes on and on.

Wasn’t this just supposed to be a cool gig for some singers in 2009-era Hot Topic costumes to entertain some families? When did all of this fandom development happen? And did said fandom development get Mad T Party cancelled? Because at one point, rules had to be put in place in an effort to keep things semi-PG.

To get back to CATS, I don’t get how anyone can make heads or tails of what’s happening long enough to develop entire theories and family trees for these characters. They’re cats. That’s all I get.

The one saving grace

If I can give a point of favor to CATS, is that I appreciate its music. In fact, I listened to it as I wrote this piece as a last-ditch effort to finally understand CATS. I do like Andrew Lloyd Webber’s style, and I’d argue that between this and Phantom of the Opera, he’s at his Broadway zenith. His melodies and compositions are awesome. I just hate that it’s about tons of characters I can’t identify with.

The only one I can identify with, though, is Grizabella. Maybe that’s because her song is like a Broadway cousin to Shirley Bassey’s “Yesterday, When I Was Young.” Listen to them both and see if you don’t agree.

If the entire show was about Grizabella, we might have something here. But alas, it’s not.

At any rate, I wish I could get in on the CATS craze, but I can’t. Apparently Sway doesn’t have the answers for this either.