Michael B. Jordan burns it all in new “Fahrenheit 451” trailer

Seems like whether it’s by his own admission of his childhood antics with this grandmother’s incense, Killmonger’s statement of how he’s gonna “burn it all” in Wakanda, his latest DirecTV cable commercial campaign involving him and a lit fuse, or even his past life as The Human Torch, seems like Michael B. Jordan can’t escape fire and mayhem. His obsession with fire continues with his new Fahrenheit 451 trailer.

The film, premiering on HBO in May features Jordan in the lead role of Guy Montag, the firefighter who burns books as part of a government initiative to make everyone “equal,” i.e. more susceptible to propaganda and hive-mind thinking. I read the book many years ago in high school, and it’s a book I really liked, especially since I seem to have a high capacity for delving deep into the politics of dystopian futuristic worlds. I was excited when Jordan was initially announced, but now that he’s got that Black Panther tailwind behind him, I’m even more excited to see how this will fare in terms of ratings. But I’m also just eager to see Jordan act on my screen again. He was so good as Killmonger (and yes, folks who deem others “not true fans” if they didn’t start out with something or someone from the beginning; I hadn’t seen Jordan in much else before Black Panther. I knew he was good in Fruitvale Station, but I also knew that movie would kill my psyche so I couldn’t bring myself to watch it. I CAN STILL BE A FAN OF HIS!)

One thing this latest trailer has done is take several of the conceits of other high-concept sci-fi films, like the Blade Runner series and Ghost in the Shell, for instance, and actually turn them inside out. We have a futuristic sci-fi world, but thankfully, we don’t have it set in  Neo-Tokyo for once, meaning this is a film devoid of the problematic Japanese set dressing and people-as-props usage that the latter films are deadly guilty of. 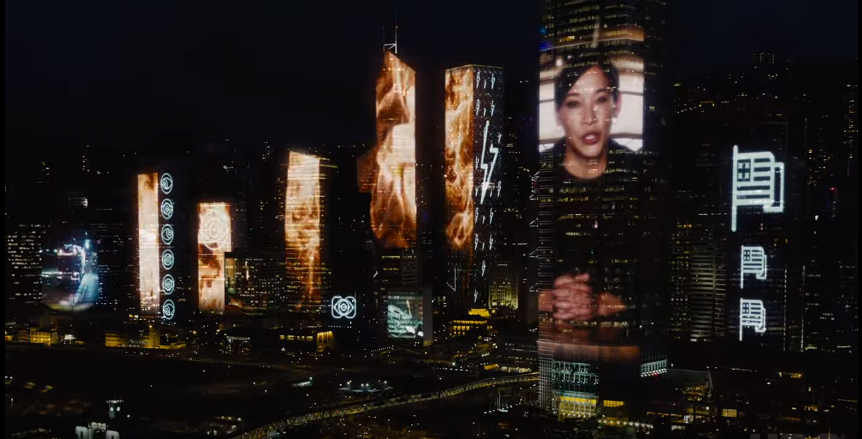 Anyways, my point is that even though Jordan took this role either before or in concordance with his role as Killmonger, it’s interesting that we’re now seeing Jordan act his way through his “complex anti-hero” phase of his career. As he’s said, he’s usually playing good guys, but I’d venture to say that I think he’s much more interesting as an actor who takes on these types of multi-layered characters who waffle between “good guy,” “anti-hero,” and straight up “bad dude.” I hope he takes on more roles like these in the future, since I think he’s exceptionally talented.

Fahrenheit 451 comes to HBO this May.