Apologies for the tardiness of this recap (and some other recaps I’ve got coming)–I haven’t been feeling well and I had some deadlines to attend to. Throughout it all, this recap had been burning a hole in my pocket. So now I can finally yell about how Aja gave me what I’ve been looking for ever since she was a part of Season 9!

Before Season 9 started, I did a little research on the queens, and I was an instant Aja fan after viewing some of her performances. I was expecting this energy to translate to the screen, but she got way in her head after being intimidated by other queens, particularly Valentina. It was a letdown, to be honest. But this time, she’s come out with guns blazing, and it was awesome to see.

I’m jumping ahead of myself, so let’s rewind. The queens we have this season are Trixie Mattel, Milk, Chi Chi DeVayne, Kennedy Davenport, Thorgy Thor, Ben De La Crème, Shangela, Aja, and that mysterious 10th queen, who turned out to be none other than the original winner of RuPaul’s Drag Race, Bebe Sahara Benet!

As a longtime Drag Race superfan, I’ve been a huge fan of Bebe, and I’m so thrilled to see her back on TV. As RuPaul said, Bebe won when the show wasn’t what it is today, and she’s lost out on many of the perks that come with being a Ru Girl. I’m so excited to see what she’s going to bring this season, and she’s already delivering with her grand entrance. She looks flawless. 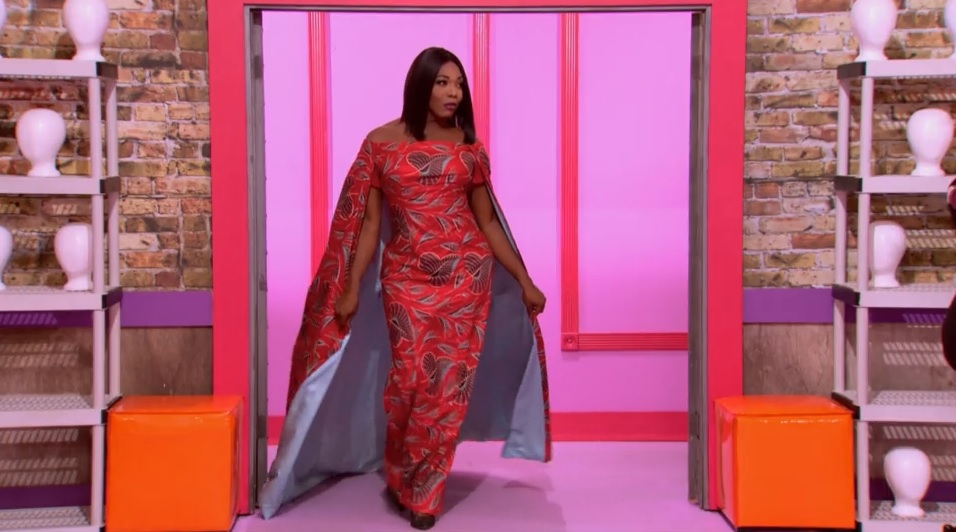 Here’s another observation—I have a suspicion Trixie is going to get the b*tch edit this season. I know Milk is supposedly the one who needs a karma check, but I think Trixie is cruisin’ for one as well. First, we know how the Drag Race producers work by now; they are ready to craft a story, and what better story would there be than a fan favorite’s fall from grace, especially someone as on top her game as Trixie right now. She’s got a hit country album, a Viceland TV show with Katya, and a slew of other opportunities. What producer wouldn’t try to see if they could craft a storyline such as Trixie becoming the next Queen of Snakes?

With that said, the producers aren’t solely at fault for the storylines they craft; it’s also what the contestants provide that help shape the producers’ ideas. I’m saying this as a Trixie fan who loved UNHhhh. I even like some of Trixie’s country songs and her constant send-ups to Dolly Parton (I do appreciate that Trixie is doing old-school country with her album, since I feel like Dolly Parton, Loretta Lynn, and Patsy Cline are the pinnacle of country music—I don’t understand what country music is doing nowadays). So please hear me when I say that it feels like Trixie is feeling herself way too much. As Jamar84 said on he and Matty Rants’ video review, Trixie definitely seems like “she’s feeling her entire labia.” She’s giving off the unlikable impression that she thinks everything she thinks and says is funny. I get she has a biting sense of humor, and I like dark senses of humor—I’ve got one, and usually many of my favorite queens are ones with some bite to them. But they also carry with their humor some likeability. Did every comment in her confessionals have to be a read? Who asked for that? Just give a straight compliment or statement sometimes! Again, I’m not saying Trixie isn’t likeable—as I wrote earlier, I’m a fan of her and her aesthetic—but she’s sounding like a person who’s just on the verge of receiving a gut punch from karma. This season just might deliver that punch.

Let’s get to the season’s first challenge, a variety show. Last All-Stars started off with a variety show, and it’s interesting to see this one follow the same pattern. The standout for me was definitely Aja. As I wrote up top, I was waiting on her to bring the funk during her original season, and I’m so glad she’s brought everything to this season. That performance was basically her telling her competitors and the audience, “Don’t count me out—I’m here to ruin your lives.” And if Chi Chi and Kennedy’s facecracks weren’t proof of that, then nothing is.

Speaking of Kennedy, she was the other standout to me. While Aja deathdropped off the platform, Kennedy magically cartwheeled onto the platform. I still don’t know how that’s possible and how she could have practiced it without getting extremely hurt. Ditto to Aja deathdropping onto the floor.

Bebe’s dancing was the next standout for me. I love African dances, and Bebe always reps her home of Cameroon. Bebe’s performance shows she’s giving a new perspective on the American drag scene, and I really hope fans respond to that.

I did appreciate Thorgy and Trixie showing off their musical talents; I’ve been a fan of Thorgy’s musicianship via watching some of her performances online, and as I said, I like Trixie’s nod to old-school country. Visually, though, it’s just hard to compete with kicks and flips and stuff. So while their presentations were fantastic, I get why they were deemed just safe.

Aja and Ben ended up at the top of the pack, and I agree. Ben’s was original and funny, and Aja’s was impressive because she proved why she’s an all-star. Ben also won the Lip Sync For Your Legacy, which was surprising—I’m sure a lot of y’all were like me, who thought the only winner of a lip sync to “Anaconda” by Nicki Minaj would be Aja. But Ben came with a unique and equally as powerful lip sync performance, and I think she won because hers was unexpected.

Morgan and Chi Chi’s were most definitely the worst, but I’d also rank Milk’s in that as well. Milk definitely seemed like she was “resting on pretty,” so I’m a little confused as to how she managed to skate by. But one reason she did is because everyone, including the judges, expected a lot from Morgan, who works every single night and, from fan accounts, brings the house down with amazing performances every time. What tripped her up was her own nervousness about performing her own song.

If I can be honest, the song wasn’t great. But what would have helped is if she’d brought her usual Morgan flair to it. Overall, she just looked intensely uncomfortable, scared, and uncharacteristically shy for someone as opinionated as Morgan.

What also failed Morgan is her inability to shut her mouth when it’s most pertinent. Getting rid of the strongest competitor is a strategy a lot of Drag Race competitors have. But announcing it isn’t the smartest thing to do; it immediately puts a target on your back, and that doesn’t go away, regardless of how many times you say you’re “just being honest.” (Also, as much as I am a fan of hers, does it seem like Morgan’s one of those people who thinks that saying they’re being honest excuses any bad thing they might say? There’s being “honest” and then there’s being “tactful.”)

Ben De La Crème was the most shook by Morgan’s admission, and it makes sense that she would take Morgan out once given the chance. Ben even gave Morgan a second chance to recant her original statement, and Morgan still wouldn’t take the bait. You have to wonder what would have happened if she did just say something different. Technically, Chi Chi’s performance was worse. But Morgan was too much a threat to slide through.

What did you think of this inaugural episode? Give your opinions in the comments section below!