The time has come! The Black Panther poster and trailer has dropped!

Friday was basically Black Panther Day when Marvel decided to post the first teaser poster for the film while teasing the first trailer, which eventually dropped that night during Game 4 of the NBA Finals. When the trailer finally debuted, it didn’t disappoint. 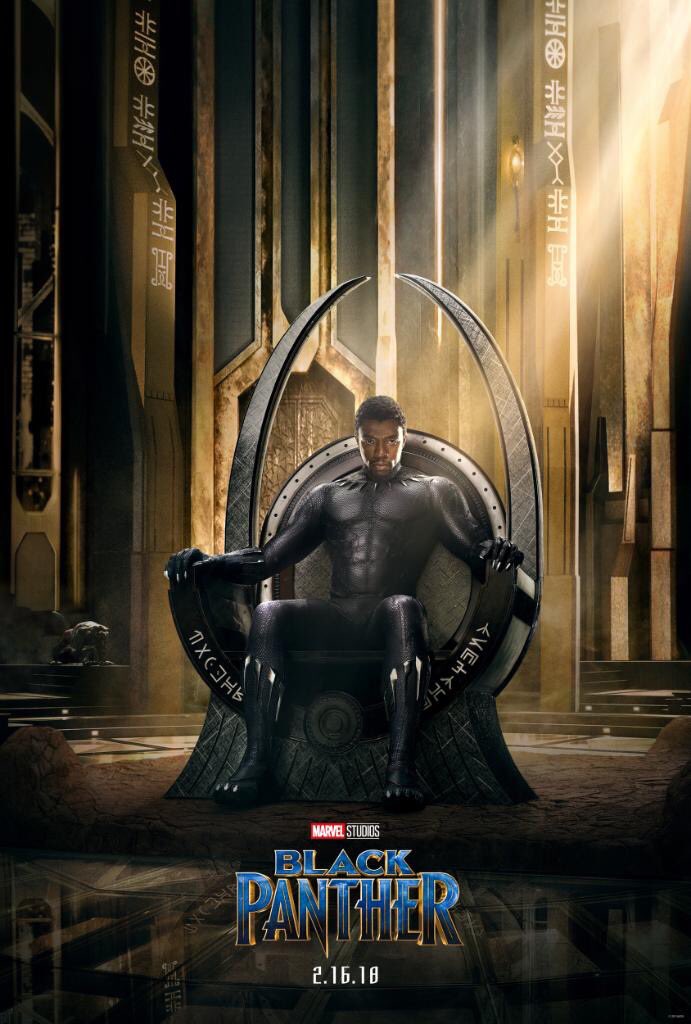 Black Girl Nerds and Twitter React to the #BlackPanther Trailer

Overall, I’m so ready to see this in the theaters. Finally, a Marvel film that 1) joins the Captain America films in the “Marvel movies that don’t feel like Marvel movies” category and 2) actually speaks to me as an audience member.

To be honest, I think I’m actually still numb from excitement. In short, this is going to be a watershed moment for Marvel movies. If you’ve read my Mediaversity review of Guardians of the Galaxy Vol. 2, you’ll learn more about my grudge against Marvel’s overall approach to their film franchise. In short, it’s a ton of dudebro “white men only” type of stuff the majority of the time, with black characters (and characters of other minorities) as background flavor or loyal no. 2 characters (I love the Russo Brothers and their approach to Captain America, but how they wrote Sam Wilson in Captain America 3: Civil War was quite tragic and full of “Yes Suh!” annoyance).

But Marvel finally did right by a black character and, indeed, a black film franchise (because you know Black Panther has got to have some sequels).  Not only is this a film filled with black characters–a wide array of black characters with different motivations, looks, and personalities, mind you–but it’s a film written and directed by black man (Ryan Coogler) and featuring the talents of a black behind-the-scenes team, including women like Hannah Beachler and Ruth Elaine Carter, as Twitter has been quick to point out:

Hannah Beachler is the genius behind the production design for the highly anticipated film Black Panther. pic.twitter.com/Zwno4rzlDv

The 2nd Black woman to hook us up w/ great visuals for Black Panther is Ruth Elaine Carter. She makes costume design look like an art form. pic.twitter.com/HWqlFXcQSV

I love me some Cap (and I double love Chris Evans), but Chadwick Boseman has immediately moved to the top as my favorite Marvel star. Chris Evans is definitely a second-favorite, though, and besides, even he’s going to be first in line at the movie theater:

I’m gonna be first in line as well.

What do you think of the first Black Panther trailer? Give your opinions below!