The Conjuring fans, this one’s all for you.

New Line Cinema and Warner Bros. have announced that the shooting for James Wan’s The Conjuring 2 has begun! I know the first Conjuring was very popular, so I’m sure there are folks out there jumping up and down in their seats right now. I get the excitement.

The film is, once again, following demonologists Ed and Lorraine Warren as they take on yet another case. That’s all we know, so we’ll just have to learn more about the mysteries The Conjuring 2 has for us as we get closer to the release date (which is June of 2016).

Read below and check out the first look image!

“The Conjuring” stars Vera Farmiga and Patrick Wilson reunite with Wanfor another chilling chapter from the Warren case files.

BURBANK, CA – September 28, 2015 – Principal photography has begun in Los Angeles on New Line Cinema’s “The Conjuring 2,” with James Wan (“Furious 7”) once again at the helm, following the record-breaking success of “The Conjuring.”  The supernatural thriller brings to the screen another real case from the files of renowned demonologists Ed and Lorraine Warren.

Reprising their roles, Oscar nominee Vera Farmiga (“Up In the Air,” TV’s “Bates Motel”) and Patrick Wilson (the “Insidious” films), star as Lorraine and Ed Warren, who, in one of their most terrifying paranormal investigations, travel to north London to help a single mother raising four children alone in a house plagued by malicious spirits.

The film follows the phenomenal worldwide reception of Wan’s “The Conjuring,” which marked the largest opening ever for an original horror movie.  The film went on to make more than $319 million worldwide and still remains the second highest grossing original horror movie of all time, second only to “The Exorcist.”

In addition to directing the film, Wan wrote the screenplay with Carey Hayes & Chad Hayes, and David Leslie Johnson.

Peter Safran, Wan and Rob Cowan, who previously collaborated on “The Conjuring,” are producing.

Scheduled for release on June 10, 2016, “The Conjuring 2,” is a New Line Cinema presentation and will be distributed by Warner Bros. Pictures. 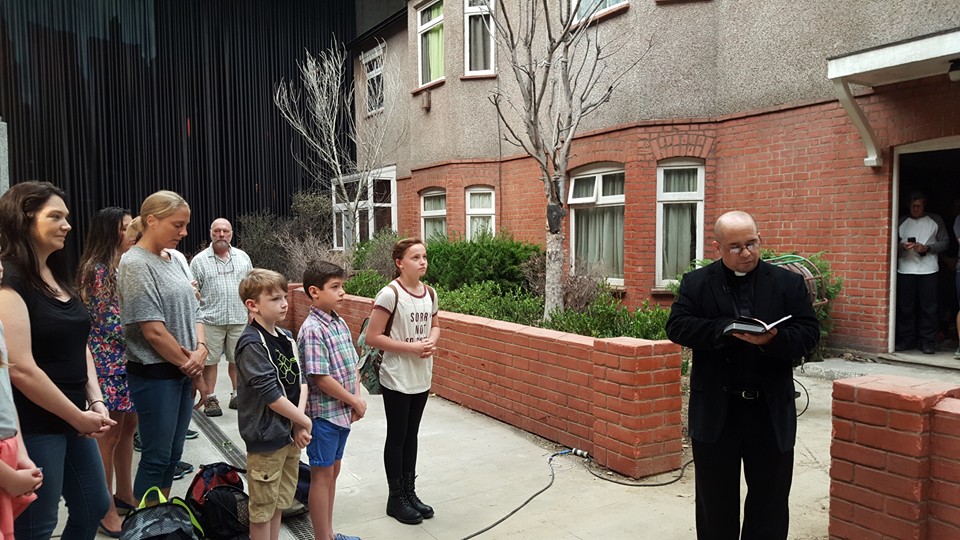 Are we excited or nah? Discuss in the comments section!